Violence and inter-communal conflict which has increasingly plagued Burkina Faso reached an unprecedented level during 2019. This has led to a sharp deterioration in the humanitarian situation and the displacement of nearly half a million people.

12-year-old Ammi is one of the thousands of children who have been caught up in the conflict. Now living in a camp for internally displaced people in the north-west, she and her family are being supported by Plan International who has helped her return to school.

“My family has been here in Kongoussi for the past three months. We had to leave our home and village to seek refuge here because bad people came one day from nowhere and killed 10 people. One of the people killed was my mother’s elder brother. They caused chaos in my village and everybody ran away from their homes.

My uncle was buried the day he got killed, some others as well, but a few corpses stayed on the ground where they were shot for days before they were found. Because they could not even be lifted from the ground, the men dug holes, pushed the decaying bodies into them, and covered the holes with the earth. 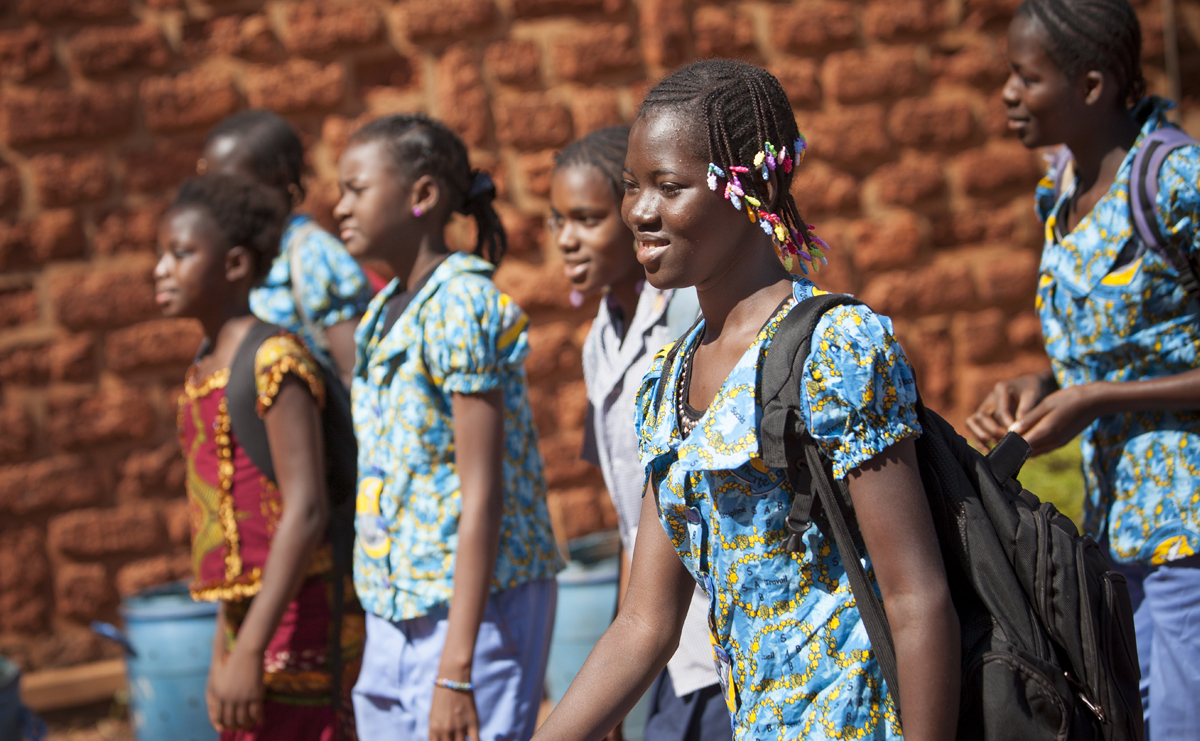 I do not know the reasons why the killings happened, nor do I understand why some people could just come like that and kill others. My uncle was a much-respected traditional medicine man, and I was very close to him. He used to go to the bush to cut leaves and roots to prepare his medicine, and I would help to pound them.

He was such a kind person and he liked me very much. He was always giving me clothes and shoes, and whether my parents gave me dresses or not during festive times, he would also provide me with nice clothes. They killed him just like that. I have been very sad ever since. I cannot forget, I keep thinking of my uncle. He was healing many people with his medicine including myself and the rest of our family.

The day the killings occurred, we hid in the bush for one night and came back the following day to collect our belongings and run away. We brought our food, our clothes, our bedding, and some kitchenware and used our cart to transport our things here.

We are currently staying in the house of a relative. My parents are farmers. After the rainy season, they grow crops to feed the family and do market gardening. My mother was also the cook for the school canteen. Now, they have nothing to do.

Fortunately, we have received some food from the High Commissioner’s office, which added to what we brought. Plan International also gave my family some survival kits which included mats, soap, solar lamps, buckets, bowls, cooking pots, and bed nets.

We recently learned that some people have gone back to the village, but my parents think that it is not safe to return there for the time being.

I am registered at the Plan International temporary school. My father heard on the radio that Plan had set up a temporary school for internally displaced children who are in Kongoussi. This is how I got a chance to return to school after we fled.

I am a 6th grader. When we left home, I was so concerned about not sitting for the primary school completion exam and could not even talk about it. Every day, I would just sit with my mother and the other people in the house. Apart from holiday time, this has not happened to me for the past six years. I am delighted to be going to school again. I feel so relieved when I am in the classroom.

Now I am at school, I’m not afraid of being forced into marriage anymore as when we arrived here in Kongoussi, I was just sitting at home doing nothing. I told my parents that I want to become a teacher, and I believe that they will consider my wishes so that later on, I can take care of their needs.”

AGRA to support and fund African women in Agribusiness