There are 37 countries worldwide that are fighting all three forms of malnutrition – and 27 of them are in Africa.

“But we are seeing some progress,” says Dr Jane Battersby, Associate Professor at the University of Cape Town’s African Centre for Cities, as the Global Nutrition Report (GNR) is released.

Malnutrition, in all its forms, includes undernutrition (wasting, stunting, underweight), inadequate vitamins or minerals, overweight, obesity, and resulting diet-related noncommunicable diseases.”In some countries there has been dramatic progress, Ethiopia is a good example of a good African country that is making progress, in the year 2000, 57.6% of children under the age of five were stunted and by 2016 they have managed to get that down by 38.4%, so we are seeing progress in some areas but it is too slow, there is still more that needs to be done’, says Battersby.

The maternal, infants and young child nutrition targets globally shows that there was some progress with exclusive breastfeeding and low birth weight, but accelerated efforts will be needed to reach the 2025 target. Stunting still affects 149 million children under the age of five around the world and wasting affects 49.5 million under 5 years of age. 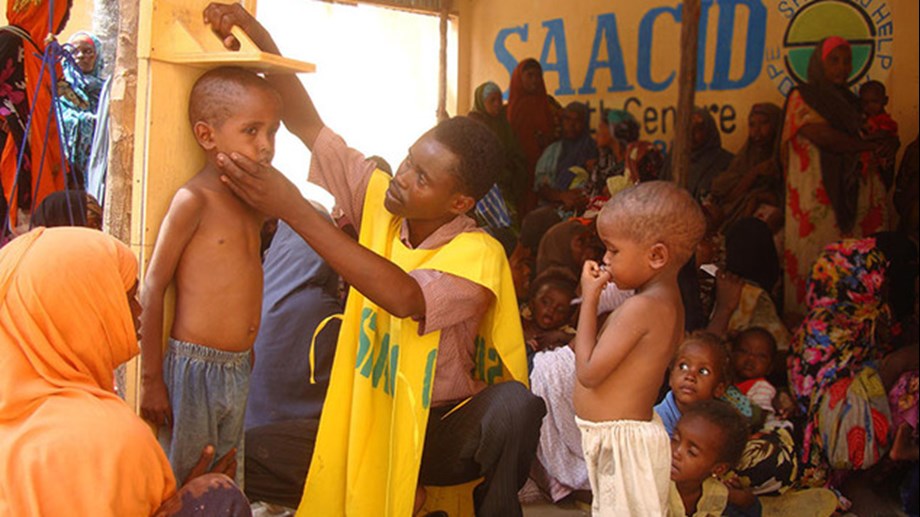 This year’s report focuses on equity and unpacks the role of inequities in tackling malnutrition. There is over 200 million undernourished people in the African continent, and with the novel coronavirus sweeping countries, the urgency to address their food and health systems increases as undernourished people have weak immune systems leaving them vulnerable and exposed to COVID-19.

And the challenge of the locust migration and flooding in several parts of the continent means that farmers need more support.

“The research that we have conducted in secondary cities in Kenya has found that people access food from a range of sources that come from local and global sources. A diversity of sources of food provides some resilience to shocks and crises like these. In terms of wider nutrition issues in Kenya – we have found in most of the African counties that we work in there is agricultural policy and funding has focused too much on the production of core staple crops.

“This is making diverse diets more costly for citizens.The Global Nutrition Report argues that in terms of both health and systemic resilience, there is a need for food systems to ‘go beyond a narrow focus on energy intake; reduce the dominance of cereal production (maize, rice and wheat); and increase the availability of healthy foods such as fruits and vegetables, nuts and whole grains’,” Battersby says.

The novel coronavirus pandemic exposes deep inequalities within countries and weak food and health systems – a view shared by food experts during the report launch.

“Although this report was finalised before COVID-19 was hitting almost every country, it is crucial … to look in to the mirror and make the GNR a guidance for our governments and for all different sectors and stake holders as a guidance for a way forward,” says Gerda Verburg, UN Assistant Secretary General, Scaling Up Nutrition Movement Coordinator and member of the GNR’s stakeholder group.

The report highlights inequalities that hinder populations from accessing and affording quality healthy diet or quality nutrition care, describing them as arising from unjust systems and processes that structure every day living conditions. “I am happy to see the lens on equalities because we are all aware of inequalities, but in this GNR we see it at a most vulnerable level affecting women, minorities, poor people and other groups. Some societies are left behind and we are on the age of delivery on the global nutrition goals and on the sustainable development goals and there is one thing that we must keep in mind, we cannot afford and should not allow ourselves to leave anyone behind,” says Verburg.

Poor diets and resulting malnutrition are not simply a matter of personal choice. Most people cannot access or afford a healthy diet required for a balanced diet, in Burkina Faso, egg calories are 15 times more expensive than calories from staples like rice, wheat and maize.

Like the rest of the world, Africa faces the burden of lifestyle diseases or noncommunicable diseases, such as diabetes and cardiovascular disease, that are increasing at an alarming level. Globally 1.13 billion adults have raised blood pressure, almost 680 million people are obese and 422 million are diabetic

While overweight and obesity are prevailing in wealthier communities, being underweight is a persistent problem in the poorest countries. In the Democratic Republic of Congo, the prevalence of overweight is 2.2% in poorer households and 9.7% in richer ones.

Malnutrition in all its forms is said to have become the leading cause of ill health and death, and the rapid rise of diet-related NCDs is putting an intolerable strain on health systems. As a result the 2020 Global Nutrition Report is calling on governments, businesses and civil society to step up efforts to address malnutrition in all its forms and tackle injustices in food and health systems.

For countries’ food and health systems to be more equitable, the report recommends that strong governmental coordination on nutrition should be put in place. Only a few countries having designated, coordinated nutrition unit, the number and distributed trained professionals is not equitable, globally only 2.3 per 100 thousand people, 0.9 per 100 people in Africa while some countries have no trained nutrition professionals.