Amotekun would be signed into law Feb 14 – Southwest Governors

The Ekiti State Governor, Mr. Kayode Fayemi said that the bill for the establishment of the Western Nigeria security network codenamed Amotekun would be signed into law simultaneously by the Southwest governors on February 14.

Receiving the draft from the State Attorney-General and Commissioner for Justice, Mr. Wale Fapohunda, in his office in Ado Ekiti, Fayemi reiterated that the security network was designed to protect both indigenes and other residents in the six states of the southwest zone.

The governor further said that the vision of anybody who is a patriot and a democrat should be to guarantee the safety, security and well being of Nigerians, wondering why a lot of people still misconceive the motive behind Amotekun.

Fayemi said that the initiative was a logical extension of the community policing initiative recently assented to by President Muhammadu Buhari and which the inspector general of police had communicated to all the police formations across the country.

“The Amotekun was put together by governors from the southwest so that our highways are free of banditry, of armed robbery, of kidnapping, of all forms of brigandage and criminality in our states.” 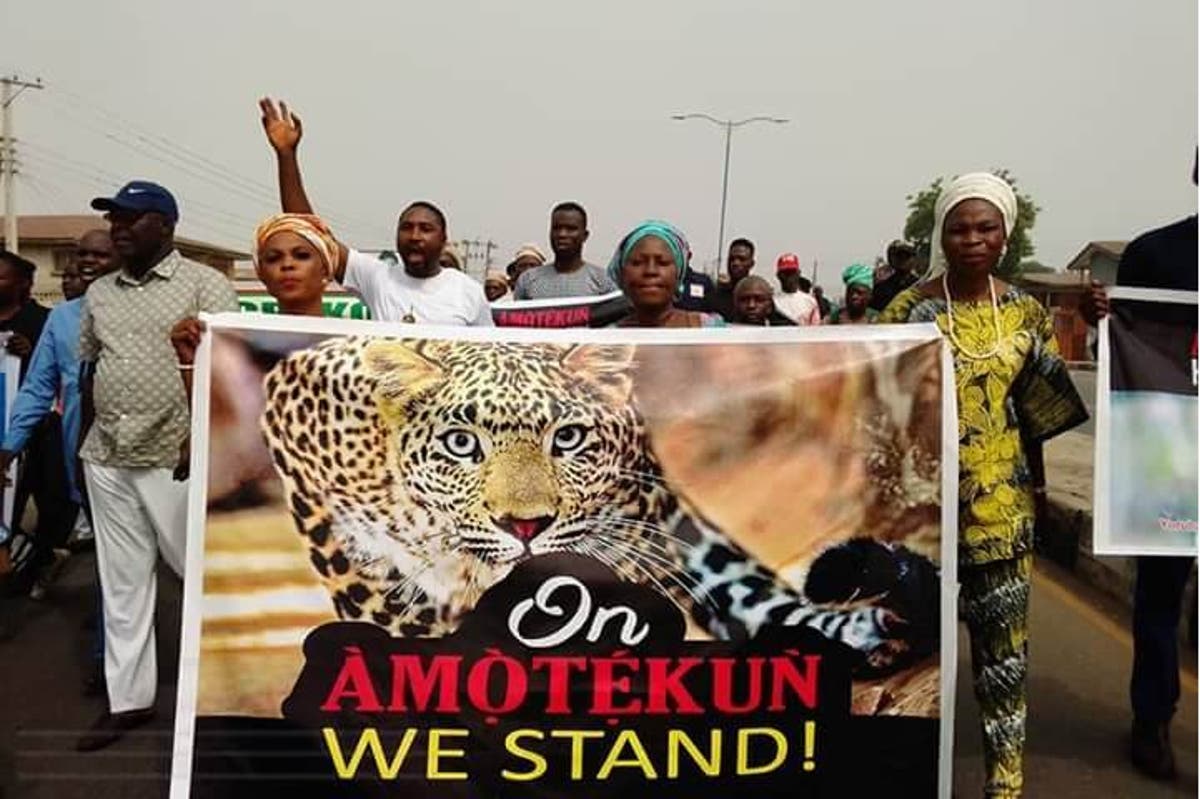 Fayemi said the six governors in the southwest considered it a point of duty to guarantee the safety and security of those that legitimately and legally reside in the six states of the zone regardless of where they come from.

Hoping that the six governors in the Southwest would assent to the bill simultaneously on Friday, Fayemi disclosed that they had agreed with the speakers in the assemblies of the six states to expedite action on its passage into law.

“The bill is not likely to propose exclusive protection for Yoruba people living in the six states, it is going to talk about ensuring that our highways are free of banditry, of armed robbery, of kidnapping, of all forms of brigandage and criminality in our states. To that extent, it is a logical extension of the community policing initiative that President Buhari has assented to and the police have been properly briefed.

“My colleagues and I were still in discussion about this yesterday and we have promised ourselves that this will be given the accelerated discussion in our various state executive councils this week. Our speakers have been really waiting for this. Some of them have been recalling other members from recess in order to give this an accelerated passage in their various legislative houses, so that by Friday 14th of February, the bill that hopefully would have been passed into law, would be assented to simultaneously in the six states of the Southwest,” Fayemi said.

Earlier, Fapohunda, revealed that the bill which was expected to be presented simultaneously by the six commissioners for justice to the various governors of the region contains the operational guideline for the proposed security outfit.

Other provisions of the bill which he said would be made public on the website of the Ministry of Justice by 5:00 p.m. today included the establishment of an independent Amotekun complaint board to address possible cases of abuse of power, including violation of right and corruption. There is also a provision for the funding of the corps to ensure sustainability.

Coronavirus: What you need to know