Coronavirus: What you need to know

The spread of China’s coronavirus, which has infected tens of thousands of people across dozens of countries, may have started with something simple – a person buying food for dinner at an outdoor market.
Over the weekend, the outbreak surpassed the death toll from SARS as 910 people have died, including one American, since the virus’s spread began late last year.
At the same time, the outbreak has put a spotlight on censorship and free speech in China, where the death of a whistleblower doctor who was punished for trying to warn about the coronavirus has triggered a national backlash. 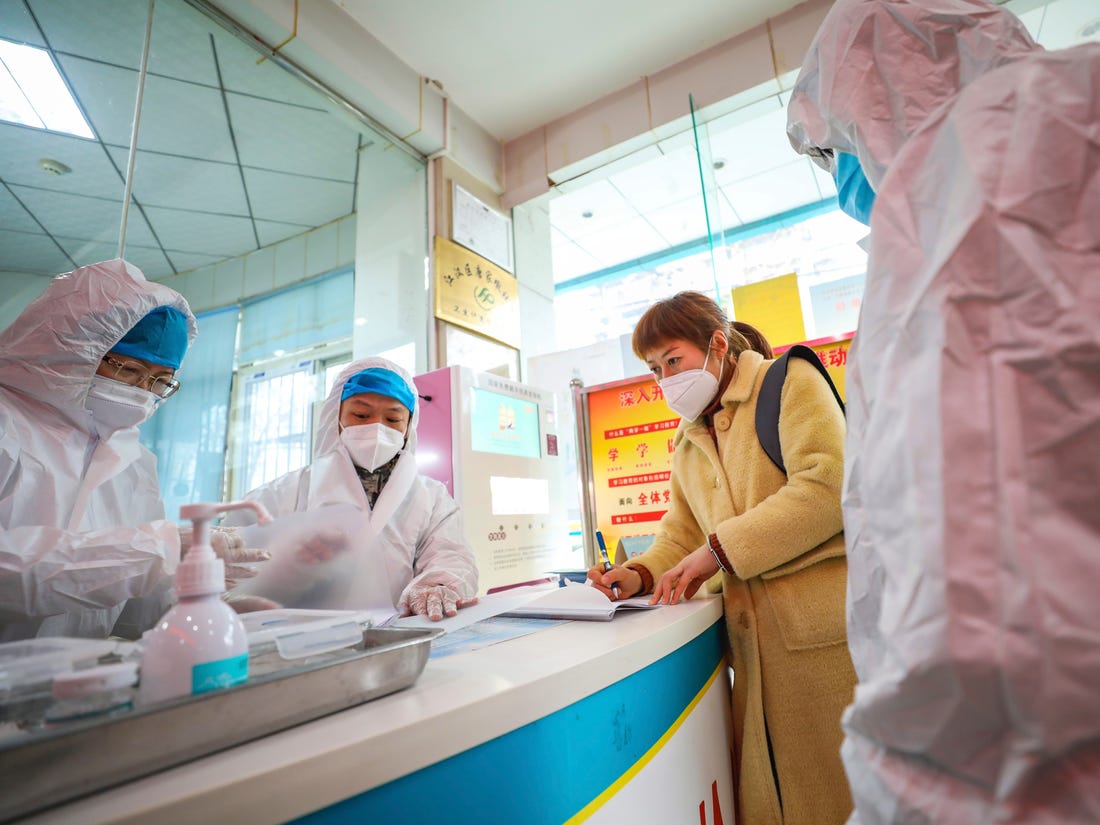 What is the Wuhan coronavirus?
The infection numbers are startling: Since Jan. 20, cases worldwide have surged to 43,129 across 28 countries, according to Johns Hopkins. The death toll stands at 1,018 as of Tuesday morning. There have been 13 cases in the U.S., and one U.S. citizen diagnosed with the coronavirus has died in Wuhan.
This coronavirus doesn’t have an official name yet. The current designation is 2019-nCoV, with 2019 for year of discovery, n for novel (meaning new) and CoV for coronavirus.
Get your flu shot: Coronavirus is scary, but the flu is deadlier, more widespread
How does coronavirus compare to SARS, MERS and the common flu?
Outbreaks like this have happened before, most notably with SARS in 2003 and MERS in 2015. While the new coronavirus has infected and killed more people than those outbreaks, its mortality rate is lower.
SARS, Severe Acute Respiratory Syndrome, is commonly used as a reference in coronavirus coverage, since both originated in China and share characteristics. In all, 8,098 SARS cases were recorded, with a death toll of 774. That’s a fatality rate of 9.6%.
MERS, Middle East Respiratory Syndrome, originated in Saudi Arabia and resulted in 2,499 cases and 861 deaths, giving it a higher fatality rate of 34.5%.
With current numbers, the fatality rate for 2019-nCoV appears to be less than these other outbreaks, but the WHO has said it is still too early to say definitively the fatality rate.
This is because health officials don’t actually know how many cases there, said Lauren Gardner, a Johns Hopkins professor who has been mapping the outbreak. The reported numbers are biased by cases that require medical treatment, and there are likely many more cases that are mild and not reported as they don’t require treatment, she said.
Most coronavirus cases reported to date “have been milder, with about 20% of those infected experiencing severe illness,” the WHO said.
This is incomparable to this season’s influenza impact. Based on its weekly influenza report, the Centers for Disease Control and Prevention estimates that there have been more than 19 million cases of flu, 180,000 hospitalizations and 10,000 deaths – including 68 children – in the U.S. this influenza season.
“Everybody is being cautious because we’re still learning about it, but right now you’re sitting in the midst of an influenza seasonal busy-ness,” said Dr. David Hooper, chief of the Infection Control Unit at Massachusetts General Hospital.
“The risk is much higher for influenza for people in the U.S. than this new coronavirus.”
If coronavirus outbreak happens here: US learned from Ebola but is ‘nowhere near as prepared’ as needed 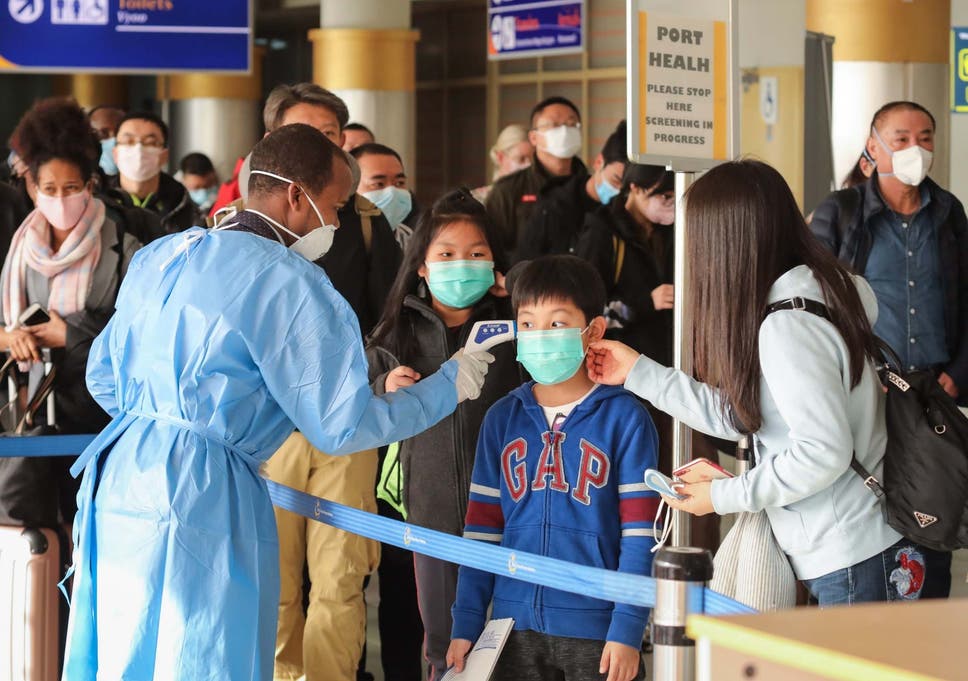 Is the virus just a problem for China? Are people quarantined?
The WHO classified 2019-nCoV as a global health emergency, reversing an early decision not to declare an emergency.
China has seen the greatest number of cases, with 42,658 confirmed cases as of Tuesday morning, according to Johns Hopkins.
As infection numbers rise, China has ordered residents in nearly a dozen cities to stay where they are. An estimated 56 million people in the country are affected by lockdowns.
Wuhan has been the hardest hit. Airports and railway stations are closed and public transportation halted. Private vehicles are banned. Residents wear face masks to protect against infection. While a new, 1,000-bed coronavirus hospital was constructed in 10 days, there are shortages of medicine, protective masks and other supplies.
The virus is widespread across multiple countries beyond China, from Thailand to Australia to France. The first death outside China was recorded in the Philippines.
In the U.S., at least 12 people are known to be infected. Health officials last week reported the first U.S. case of the person-to-person spread of the virus – the husband of a Chicago woman who recently came down with the illness after visiting China. The couple was discharged from the hospital Friday.
A 60-year-old U.S. citizen diagnosed with the coronavirus died in Wuhan on Wednesday in what appears to be the first American fatality from the global virus outbreak, the U.S. embassy in Beijing reports.

Meanwhile, the U.S. government has evacuated more than 800 Americans from central China to California on five chartered flights in recent weeks.

When did the outbreak start? Where did coronavirus come from?
According to Chinese officials, 2019-nCoV first appeared Dec. 12 about 700 miles south of Beijing in Wuhan, a city with more people than New York and Chicago combined. Health officials say the outbreak originated at the Huanan Seafood Market.
Huanan Seafood, closed by officials on Jan. 1, was a wet market, one of a series of outdoor stalls selling fish and meat, some of it from wildlife. They are called wet markets because sellers slaughter and cut up animals and fish while customers wait.
The market is suspected because coronaviruses transmit zoonotic diseases, meaning they are transferred from infected animals to humans.
Researchers theorize that someone bought contaminated meat at the market, ate it, got sick and infected others, creating a ripple effect around the world. Bloomberg reported a 61-year-old man, a regular customer of the Huanan market, was the first to die from the virus.
Coronavirus name: The coronavirus has nothing to do with Corona beer
Not everyone believes the market theory. A Jan. 24 study by the British medical journal The Lancet suggests the outbreak started earlier than December and casts doubt on the market connection.
Pat Lord, a teaching professor in the department of biology at Wake Forest University, said this particular outbreak probably came from a virus that originated in bats and another animal and then transformed to be able to infect humans. Health experts have confirmed human-to-human transmission in a number of countries.
The virus may have transferred to humans through pangolins, researchers at South China Agricultural University said Friday.
The research team tested more than 1,000 samples from wild animals and found a 99% match between the genome sequences of viruses found in pangolins – a scaly, heavily trafficked mammal – and those in human patients, the AFP reported, citing Chinese state media.
Similarly, SARS originated from a fruit bat that was transmitted to civet cats and then eaten as a delicacy in China, Lord said.
“Bats seem to be a reservoir for quite a few viruses, like the rabies, Ebola or the Marburg virus,” she said. What are the symptoms of coronavirus?
Common signs of infection include fever, cough, shortness of breath and breathing difficulties. Experts are unsure of whether the virus is able to transmit before symptoms appear or after. If it worsens, it can cause pneumonia, severe acute respiratory syndrome, kidney failure or even death.
The virus can be spread from animals to people. But it also can be spread by coughing, sneezing and through close contact with an infected person or an object carrying the virus. Experts are still figuring out how long an infected person is contagious as they try to determine a point of transmission.
Coronaviruses are named after their appearance, round with a series of spikes made of proteins, resulting in a crown-like look. They’re one of many viruses that cause colds and flu.
A new, evolved version, such as 2019-nCov, can cause more serious illnesses, some of which can be deadly to older people or those with weakened immune systems.

Coronavirus misinformation: Facebook, Google, YouTube, and Twitter scramble to contain it
Fact check: Bogus coronavirus conspiracy theory about patents, vaccine spreads on social media
Coronaviruses are found in a variety of animals. If passed from animal to human, the virus can change and infect other humans, who can spread the infection to others, according to the CDC.
Lord said that bats’ evolution has made them become carriers of these diseases without actually getting sick. She thinks they pass around these viruses to each other because they live in such large colonies in relatively small quarters.
Humans are partly to blame for outbreaks as development encroaches on bats’ natural habitats, Lord said. Taking care of the environment to contain bats and keeping live markets clean are two ways humans can work to prevent outbreaks.
“The health of the environment, the health of animals and the health of humans are all related,” she said. “We have to think about the whole big picture, we have to protect everything.”

Is there a vaccine for the coronavirus?
There are no drugs or vaccines for coronaviruses yet, including 2019-nCov. Doctors can only treat the symptoms they cause.
However, scientists at The Peter Doherty Institute for Infection and Immunity in Melbourne, Australia, say they were able to successfully grow the Wuhan coronavirus in cell culture outside of China for the first time ever.
Dr. Mike Catton, deputy director of the Doherty Institute, said in a statement the breakthrough provides crucial information “to assist in the assessment of the effectiveness of trial vaccines.”
According to the South China Morning Post, China might already have a vaccine developed but needs more time to test it. Hong Kong University professor Yuen Kwok-yung told the paper it will take months to test the vaccine on animals and at least another year to conduct clinical trials on humans.

Who is most at risk of getting coronavirus?
Chinese scientists have decoded the 2019-nCoV DNA and made it public. Researchers are analyzing the data in the hope of finding a vaccine.
Hooper said that experts are still learning about the virus and information remains limited.
However, he points to the elderly and people who are sick with other conditions as a demographic who are over-represented in the coronavirus death toll.
“For those who do have the disease, it seems like the elderly and people with comorbid conditions are more likely to have a serious illness,” he said.
Hooper said it’s unknown if women infected with the virus can have complications while pregnant, like the Zika virus, which causes microcephaly and other fetal brain defects.
How can you prevent catching the coronavirus?
As there’s no available vaccine, the CDC recommends taking preventative measures to decrease the likelihood of infection:
• Wash hands often with soap and water for at least 20 seconds
• Avoid touching the face with unwashed hands
• Avoid close contact with people who are sick
• Cough or sneeze into your elbow or use a tissue to cover it, and throw the tissue away
• Clean and disinfect frequently touched objects and surfaces

How do doctors treat the coronavirus?
There’s no specific treatment for illnesses caused by human coronaviruses but the CDC recommends taking pain and fever medications, drinking plenty of liquids and staying home to rest.

Amotekun would be signed into law Feb 14 – Southwest Governors