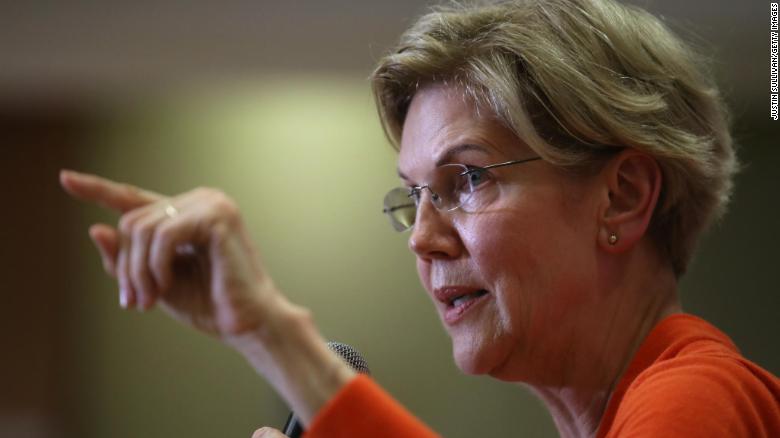 New York (CNN Business)Democratic presidential candidate Elizabeth Warren wants the SEC to crack down on credit rating agencies Moody’s and Standard & Poor’s for what she calls “troubling reports of inflated bond ratings and the perverse incentives within the bond rating industry.”
Warren, the Massachusetts senator and a frontrunner for the 2020 Democratic nomination, has been a frequent critic of corporate malfeasance.
In a letter sent to Securities and Exchange Commission chair Jay Clayton on Thursday, Warren said that even though reforms were put into place after the 2008 financial crisis to increase oversight of the ratings agencies, “the SEC and other federal agencies have neglected or delayed implementation of many of the changes.”
She said a big problem is that companies pay Moody’s and S&P to rate their bonds.
“Under the issuer-pays model, bond issuers – like large financial institutions – pay the agencies for their assessments of the products they hope to sell, ultimately giving the rating firms an incentive to give better ratings, regardless of the risk, since bond issuers might otherwise go to their competitors,” Warren wrote.
Read More
The SEC had no comment on the letter. Moody’s and S&P were not immediately available for comment. 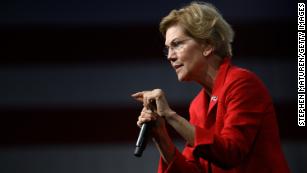 Warren promises to take populism to the White House in New York City speech
Warren said the Dodd-Frank Wall Street Reform and Consumer Protection Act that became law after the Great Recession “rightly identified the rating agencies as culprits in the financial meltdown and made some meaningful reforms to curb these firms.”
The “flawed incentives that lead to inflated ratings, like the issuer-pays model, still remain. There are even indications that due to increased competition in the industry, the perverse incentives have increased in recent years,” she said.
Warren urged the SEC to look more closely at why so many bonds are given high ratings by the credit agencies, saying that the SEC needs to prevent the problem from “reaching catastrophic levels similar to those that caused the 2008 financial crisis.”
“It is difficult to understand why the SEC has not yet taken meaningful action to curb the activities of bond rating agencies, given their large contributions to the financial crisis that cost the U.S. economy trillions of dollars and millions of Americans their homes, jobs, and savings,” Warren said in the letter.
Shares of Moody’s (MCO) and S&P Global (SPGI) each fell more than 4% following the release of Warren’s letter.
0 321
Share