First case of coronavirus has been discovered in Nigeria

According to reports, the first case of coronavirus (COVID-19) has been discovered and confirmed by the Minister of Health, Dr. Osagie Ehanire, in a statement issued in the wee hours of today that the case is an Italian citizen who works in Nigeria and returned from Milan, Italy to Lagos on February 25, 2020.

According to the minister, the case was confirmed by the Virology Laboratory of the Lagos University Teaching Hospital, which is part of the Laboratory Network of the Nigeria Centre for Disease Control (NCDC).
He, however, gave an assurance that it has already started working to identify all the contacts of the patient – an Italian, who arrived in the country from Milan.
“The patient is clinically stable, with no serious symptoms, and is being managed at the Infectious Disease Hospital in Yaba, Lagos,” the minister said.

The federal government has given assurance that the Ministry of Health has been strengthening measures to ensure the outbreak in Nigeria is controlled and contained quickly.

“The multi-sectoral Coronavirus Preparedness Group led by the Nigeria Centre for Disease Control (NCDC) has immediately activated its National Emergency Operations Centre and will work closely with Lagos State Health authorities to respond to this case and implement firm control measures,” the minister explained.

“I wish to assure all Nigerians that we have been beefing up our preparedness capabilities since the first confirmation of the cases in China, and we will use all the resources made available by the government to respond to this case. 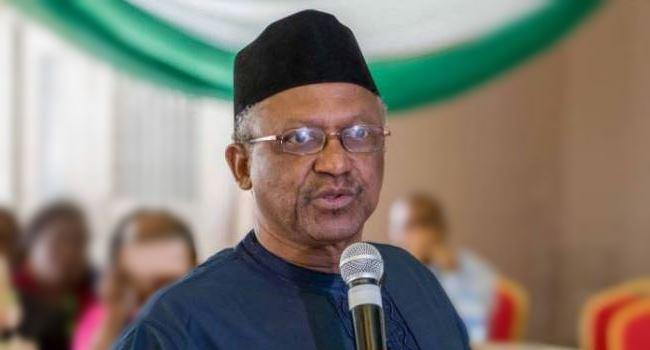 “We have already started working to identify all the contacts of the patient since he entered Nigeria. Please be reminded that most people who become infected may experience only mild illness and recover easily, but it can be more severe in others, particularly the elderly and persons with other underlying chronic illnesses. All Nigerians should take care of their health and maintain hands and respiratory hygiene to protect themselves and others, including their own families, following the precautions below:

“Regularly and thoroughly wash your hands with soap and water, and use alcohol-based hand sanitizer.

“Maintain at least one and a half metres (five feet) distance between yourself and anyone who is coughing or sneezing.
“Persons with persistent cough or sneezing should stay home or keep a social distance, but not mix in-crowd.

“Make sure you and people around you, follow good respiratory hygiene, meaning cover your mouth and nose with a tissue or into your sleeve at the bent elbow or tissue when you cough or sneeze. Then dispose of the used tissue immediately.

“Stay home if you feel unwell with symptoms like fever, cough and difficulty in breathing. Please call NCDC toll free number which is available day and night, for guidance- 0800-970000-10. Do not engage in self-medication

Also, Ehanire urged Nigerians not to abuse social media and indulge in spreading misinformation that causes fear and panic.
He pledged that the ministry and NCDC will continue to provide updates and will also initiate all measures required to prevent the spread of any outbreak of the virus in Nigeria. 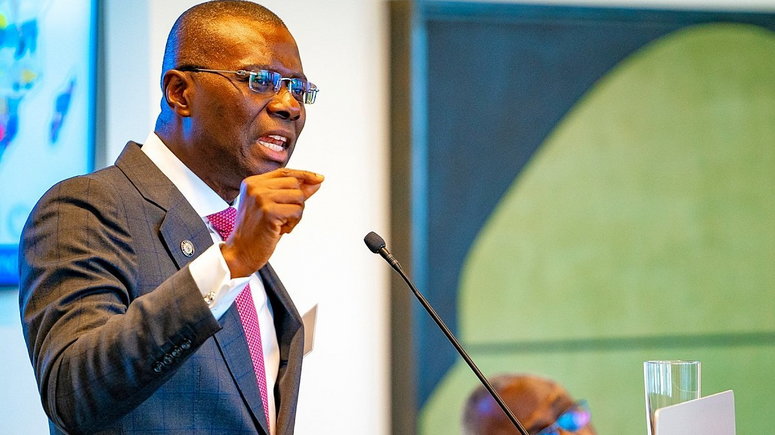 It was also gathered that the Lagos State Governor, Mr. Babajide Sanwo-Olu, will equally hold a press conference at the Lagos Marina by 9a.m. on measures and steps the state government will take to contain the virus.

Before yesterday’s confirmation of the virus, Lagos State had assured that it is well prepared and ready to contain the infectious disease if eventually, it broke out in Nigeria.

Africa’s first COVID-19 case was reported earlier this month in Egypt but the country’s Ministry of Health and the WHO later announced that the foreign national who was found to be carrying the coronavirus in Egypt had tested negative for the disease.

However, Algeria’s health ministry reported the country’s first case of the virus officially, after tests indicated that an Italian who arrived in the country on February 17 had tested positive.

Nigeria and Algeria are among the 47 countries in the WHO African region.
Nigeria’s case, which was confirmed Thursday, February 27, is the first case to be reported since the beginning of the outbreak in China in January. 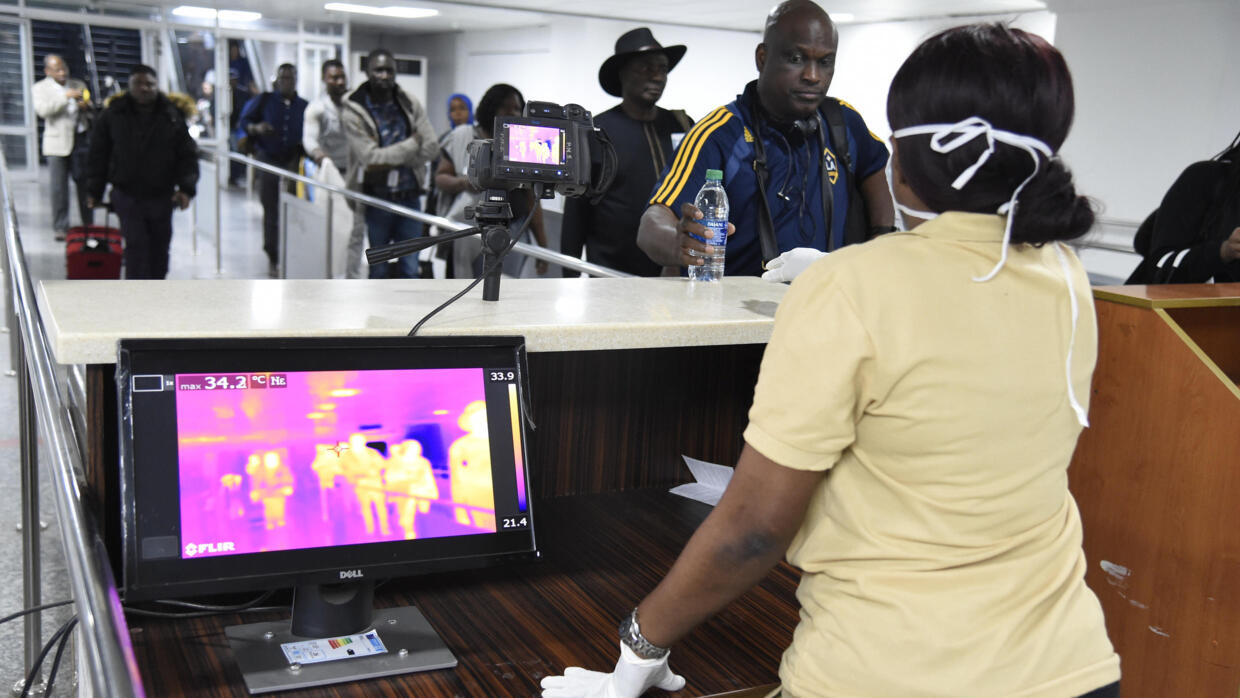 Meanwhile, earlier on Thursday, the President of the Senate, Dr. Ahmad Lawan, had accused the Federal Ministry of Health of not putting serious measures in place to screen passengers and prevent the outbreak of Covid-19 in Nigeria.

He urged the Senate Committee on Primary Healthcare to liaise with the ministry to intensify screening of passengers at the airports and seaports.
Meanwhile, President of the Senate, Lawan, earlier yesterday accused the Federal Ministry of Health of not putting serious measures in place to screen passengers and prevent the outbreak of Coronavirus, now known as Covid-19, in Nigeria.

He spoke following a point of order by the Deputy Senate Leader, Senator Ajayi Boroffice, who drew the attention of the Senate to the failure of health personnel at the airports and seaports to thoroughly screen incoming passengers.

The Senate President explained that he was subjected to screening for Coronavirus on arrival at a South African airport recently, adding that the screening in South African airports usually takes up to 30 minutes before passengers would be allowed to disembark from the aircraft.
He said the situation was different on his arrival in Nigeria as airport health officials merely issued a form for passengers to indicate if they were sick or not.

“When I arrived yesterday at Nnamdi Azikiwe Airport, there was no screening. All we were given is a sheet of paper to indicate whether we were sick, whether we have been to one country or the other, how we’ll be contacted in (an) emergency. How do you know whether I fall sick after I left the airport? This is very frightening,” he said. 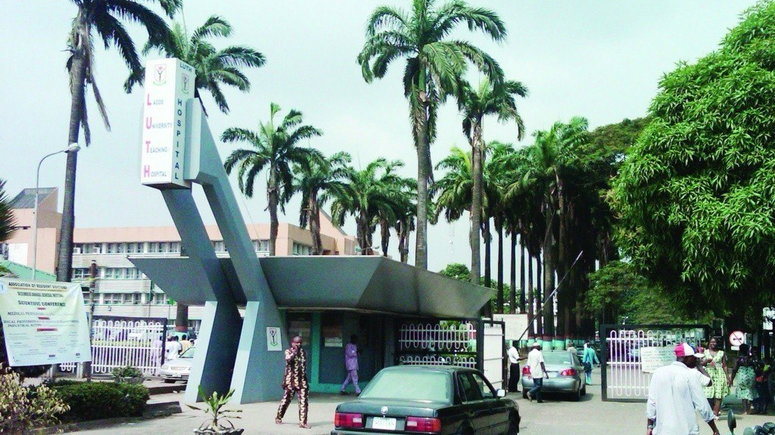 Boroffice said he brought the attention of the Senate to his experience for the Federal Ministry of Health and other concerned agencies to take note.

Lawan commended Boroffice for raising the issue. He said every country in the world was making efforts to ensure that the virus did not cross their borders, although the Federal Ministry of Health and other associated agencies were doing their best, their best was not good enough.
In a related development, a total of 11 suspected cases of Covid-19 have tested negative, a senior official with the NCDC said Thursday.

The NCDC Director General, Dr. Chikwe Ihekweazu, told reporters in Abuja that Nigerians need not worry about the virus as they are safe.
He said when a high-risk traveller with symptoms arrives in the country, the person would be taken from the airport to an isolation centre and samples would be collected immediately for testing.

“If confirmed, appropriate management will commence, but if negative, the person would still be monitored for 14 days and retested.
“When a high-risk traveller that is not symptomatic comes into the country, the person is advised to stay at home for 14 days and report immediately if he/she develops symptoms. We also ensure we collect contact details of the person while an official is attached to the person to monitor him/her daily for 14 days.

“If the person develops symptoms within 14 days of arrival in the country, samples would be collected for confirmation. If confirmed, the person goes into our isolation centre where he would be managed appropriately,” he said.

Ihekweazu described a high-risk traveller as someone who has had contact with a confirmed Covid-19 case or was travelling from China, particularly Wuhan.

According to him, four laboratories in Nigeria have the capacity to test for Covid-19, adding that these laboratories are within the NCDC laboratory network and are in contact 24/7.

“We are in close communication with the Lagos State Ministry of Health and other states, and will inform the public once there’s a confirmed case in Nigeria,” the director-general said.

Ihekweazu assured Nigerians that the NCDC would continue to closely monitor the outbreak of the virus globally.