Humanitarian aid lacks in Burkina Faso amid conflict and pandemic

According to reports, the U.N. refugee agency has warned that Burkina Faso could be at the brink of a humanitarian disaster because of growing instability and a chronic shortage of resources.

Looming over this crisis is the COVID-19 pandemic. The World Health Organization reports Burkina Faso has the third-largest outbreak of the disease in Africa, with 340 cases, including 19 deaths.

The United Nations reports Burkina Faso has the world’s fastest-growing displacement crisis. Over the past 16 months, nearly 840,000 people have fled their homes because of conflict and drought.

Babar Baloch, spokesman for the office of the United Nations High Commissioner for Refugees, says many lives are at risk because of the harsh desert-like conditions in remote parts of the country and mounting brutal attacks by militants against civilians. 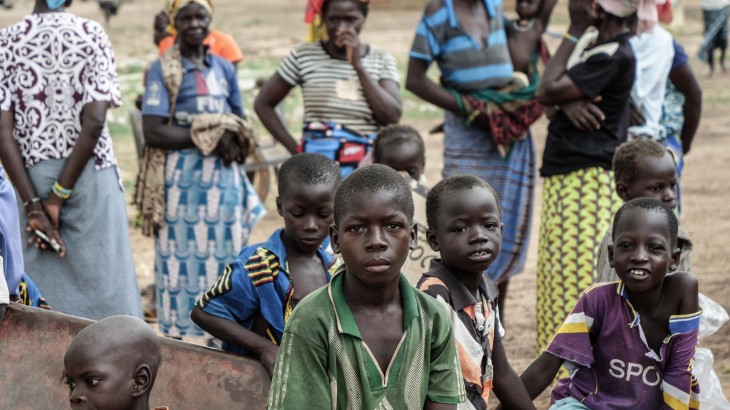 “Hundreds of thousands of displaced people, including small children, are being forced to sleep out in the open at the mercy of the elements. … People speak in horrifying details of attacks on their villages, where men, boys are killed, women raped, homes pillaged and schools along with other infrastructures are destroyed,” Baloch said.

The UNHCR estimates 350,000 people in remote areas urgently need shelter and water to help them cope with the dry desert heat.

It says people live in a permanent state of fear as armed groups wreak havoc in the country’s Centre Nord and Sahel regions. Increased security has not deterred militants from attacking police and military as well as civilians, schools, health centers and other infrastructure.

Baloch says his agency is working with local authorities and other humanitarian organizations to rush shelter and other relief supplies to the displaced. However, he notes, these life-saving operations are being hampered by rampant insecurity and a chronic lack of money, material and staff.

ICRC to render humanitarian aid to Libya amid Conflict and pandemic