Zipporah Kioko is the new Kenya Defence Forces (KDF) spokesperson, becoming the first woman officer to hold the position. Col Kioko has replaced Col Paul Njuguna, who is set to undergo an advanced course and be redeployed.

“I thank you most sincerely for supporting gender mainstreaming in KDF, where for the first time we have a number of women officers who have been promoted to serve in senior positions. I am delighted that we in this cohort have the first woman spokesperson of the KDF and look forward to working with Col Zipporah Kioko,” Dr Juma said.

Colonel Kioko was promoted on April 30 by President Uhuru Kenyatta, the Commander-in-Chief of the Defence Forces, when he made promotions and appointments affecting 138 senior and general military officers. 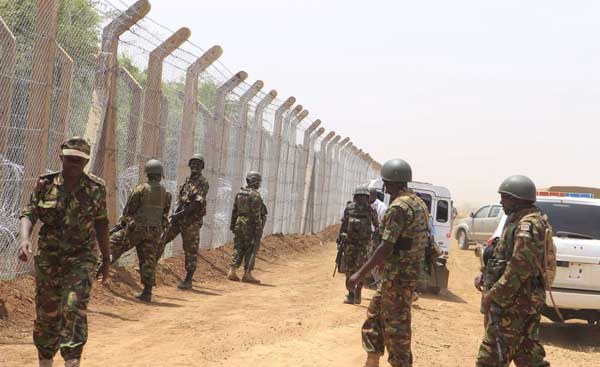 Dr Juma, who was speaking during the farewell function of Gen Mwathethe, praised the Department of Defence Gender Policy launched alongside the National Defence Policy in 2017 as a plus in efforts to further professionalise the Kenyan military.

“The Gender Policy adopts the global best practice, in line with the United Nations Security Council Resolution 1325 on women peace and security. Reference and implementation of these policy documents will positively impact our future as a professional military,” the CS said.

Other than being appointed as KDF Spokesperson, Ms Kioko has also been promoted to full colonel, becoming among the few senior military officers in that rank and above.

The appointment of female military officers to senior positions was almost unthought-of of as recently as 1999 when women troops, then serving under the disbanded Women’s Service Corps, were not allowed to hold command positions, to marry or to have children while in service.

Since then, women troops have continued to make progress in ranks and in being given duties that have traditionally been regarded as for men.

There is also Maj Faith Mwagandi, who last year became Kenya Navy’s first women to steer a warship and Norah Koech, who in 2006 became the first female pilot in the Kenya Air Force.

Col Kioko takes over the reins of KDF Public Affairs Department at a time when the military is continuing, albeit slowly, to embrace openness, share information about its activities and documents its own history.

East Africa: How East Africa Is Fighting Locusts Amid Coronavirus