Deaths climaxed under curfew as the first five months recorded the second-highest toll in six years. Police brutality has been linked to at least 101 deaths in the first five months of the year. This is 40 per cent more than an average of 74 deaths recorded in a similar period in the previous five years that Nation Newsplex has documented police killings in the country. The publicly accessible Deadly Force database collects and presents killings and claims reported by the police, the media, human rights groups and the Independent Policing Oversight Authority (Ipoa).

“More than 60 per cent of complaints handled by Ipoa are closed, to the satisfaction of the complainants and in line with the law, without necessitating court action,” says Ms Anne Makori, chairperson of the Ipoa.

It is the deaths of some 38 people, or two in five of those killed, in particular that inflict the deepest dent in the human rights credentials of the Kenya Police Service. These are people confirmed or claimed to have been unarmed and were in most cases far away from dangerous crime scenes and circumstances under which the law would permit an officer to use a firearm.

Ipoa has conducted preliminary investigations and identified 30 cases, out of 97 complaints, that allegedly occurred between March 27 and the end of May as meriting further investigation. Fifteen of them are linked to the enforcement of the curfew imposed on March 27 by President Uhuru Kenyatta. 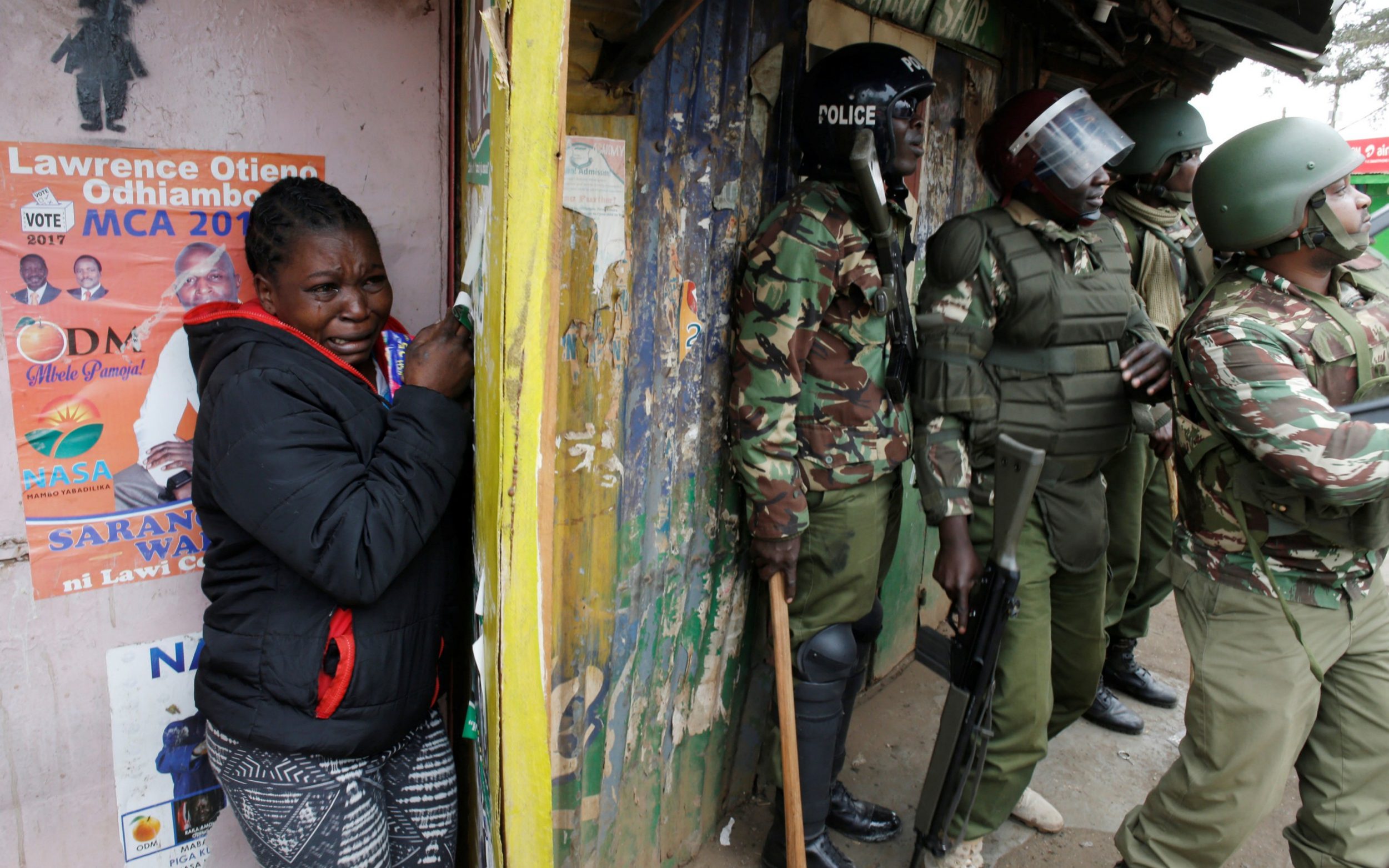 “The cases are being handled individually and are at various levels of advanced investigation,” Ms Anne Makori, chairperson of the Ipoa, told Newsplex. One of the cases from that lot the authority has recently processed and recommended prosecution is that of 13-year-old Hussein Moyo, fatally shot in the balcony of his parents’ house. His death has become the image that summarises police brutality during the Covid-19 curfew, the same way Baby Pendo immortalised the images of police violence that followed the 2017 elections.

Any of the remaining cases that makes it to the Office of the Director of Public Prosecution (ODPP) will be joining another 85 that have piled up there over time. Some 75 cases of police killings are also pending in courts. These numbers speak strongly to the pervasiveness of police brutality in the country.

Even without the curfew-related killings, 2020 has generally been a bloody year in law enforcement, according to the Deadly Force data.

Twenty-two counties had at least one death attributed to the police, with concentrations in Nairobi (25), Mombasa (17), Kwale (seven) and Kajiado (seven). Ninety-nine were male and two female.

The spike prompted hundreds of human rights activists and friends and families of people who have been killed or brutalised by the police to take to the streets on June 9, calling on the authorities to deliver justice and help end the killings.

Analysts have said that justice can be effectively delivered only through the triad of prompt and accurate reporting by the public, thorough investigations by Ipoa and competent prosecutions by the ODPP. 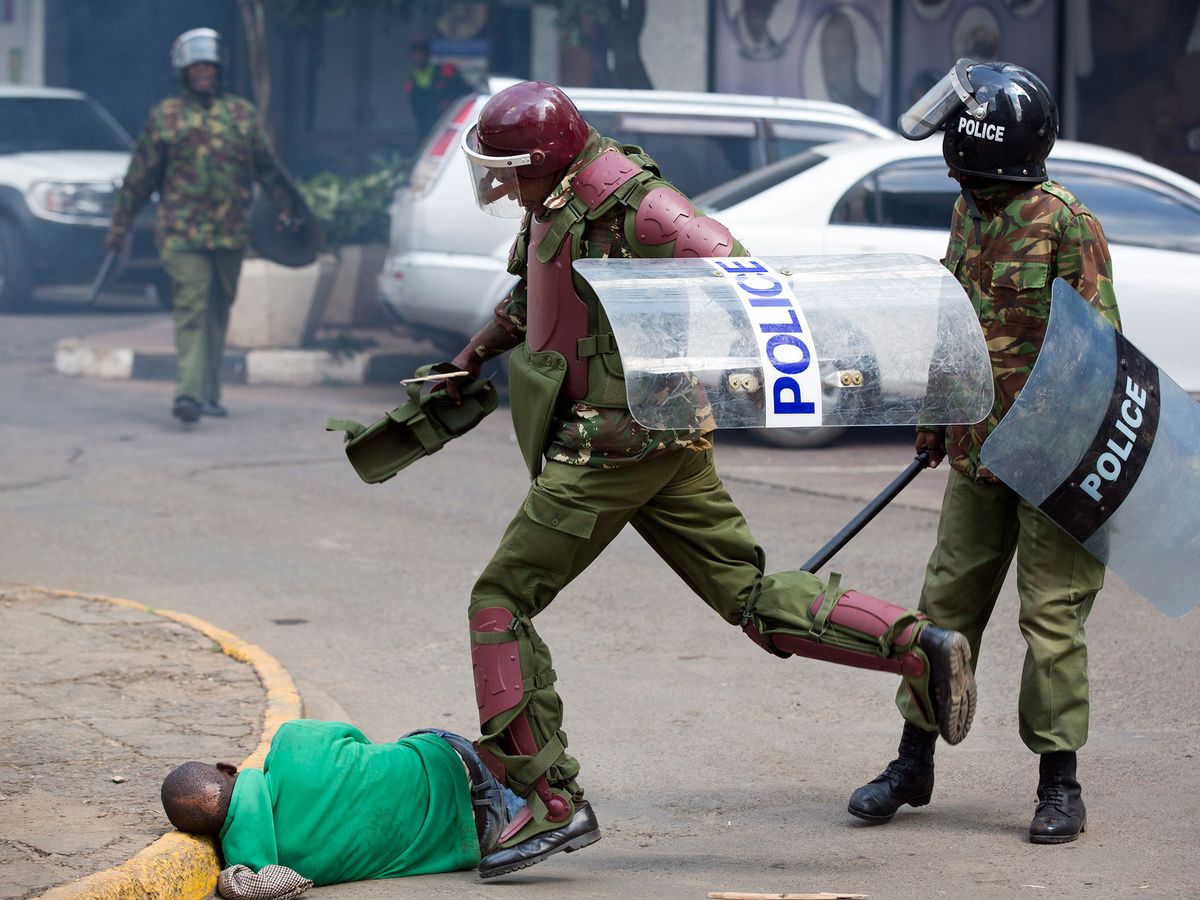 Deadly Force documented 53 deaths in the period Ipoa identified 30 cases for further investigation. The big difference between the Ipoa and the Deadly Force numbers demonstrates that many cases of police killings still go unreported or are filed without the right details to yield a successful investigation. Consequently, killer cops are likely to escape justice. In fact, according to the authority, the cases that end up in court after investigations are just a small portion of the complaints received. “More than 60 per cent of complaints handled by Ipoa are closed, to the satisfaction of the complainants and in line with the law, without necessitating court action,” says Ms Makori. Aside from recommending prosecution, the law permits the authority to propose compensation, internal disciplinary action or “any other appropriate relief”.

The authority has over the years taken its services closer to the people as anticipated by the IPOA Act, effectively improving the number and quality of reports and investigation. From one office in Nairobi in 2012, it now has offices in Mombasa, Kakamega, Meru, Nyeri and Nakuru.

Police brutality has given the National Police Service a bad name that they have tried to shake off with little success. In a recent Infotrak poll, the police scored a paltry 34 per cent approval rating in their role of enforcing rules under the Covid-19 pandemic, far lower than the ratings of any other institution on the list.

It is, however, when they direct violence on suspected armed criminals that the public seems to back them up, leaving only human rights bodies and families of victims to question if indeed violence was used legally and proportionately. 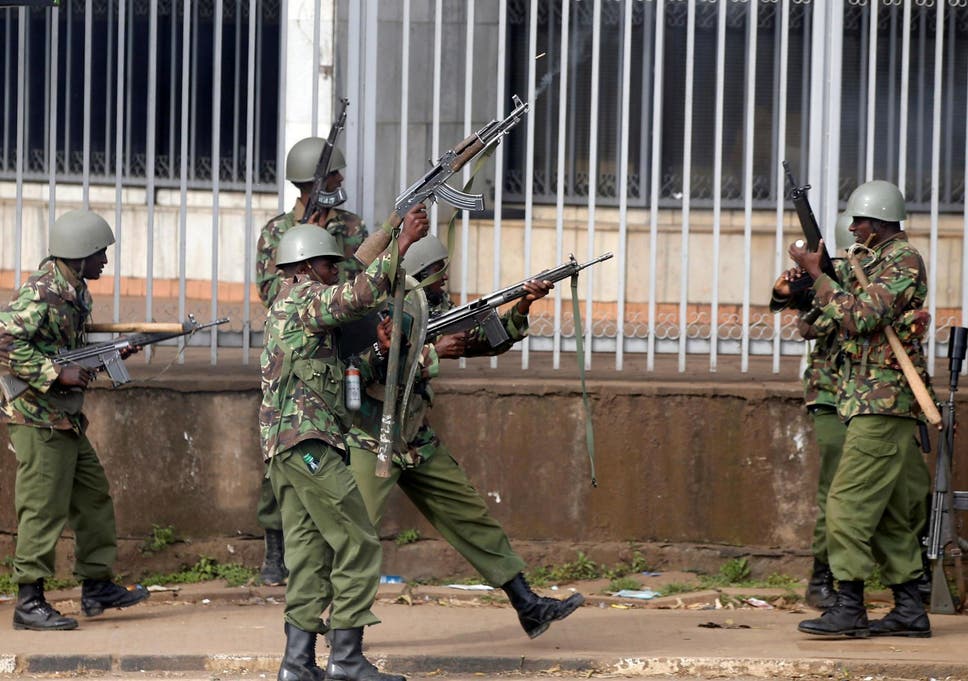 Some 59 young men were killed under circumstances that police described invariably as an exchange of fire with armed and dangerous criminals. This is higher than last year’s 53 within a similar period. Those felled include people suspected to be gangsters (50), terrorists (six) and cattle rustlers (three).

In Nairobi County, which had the highest number, at least 14 suspects were gunned down in six operations. Mombasa was second with 13 and Kajiado seven. The cases in Kajiado (Isinya), the highest in a single swoop by the police, were recorded on June 20 when a suspected gang in a Toyota Fielder the police said they had been trailing fell under a hail of bullets as they allegedly prepared to pounce on their next victim. The police said they seized an AK-47 riffle.

While the high number of suspected criminals killed by the police may signal the persistence of armed crime in urban areas, human rights activists say it is also due to some police officers’ high appetite for bloodletting.

When Vincent Oduor, who was believed to have led a Sh72 million ATM heist in September last year at a bank in Nairobi West, was shot dead by detectives on March 24 in Kayole, Nairobi, the Directorate of Criminal Investigations (DCI) said the police had moved in to stop a gang of three from robbing members of the public when the gang fired at them and in return Mr Oduor was gunned down. His public profile and infamy following the 2019 heist did little to cast doubts on the police statement, until criminal lawyer Cliff Ombeta took to social media with a video clip showing what he claimed was the image of Mr Oduor being escorted by three plain-clothes policemen to an isolated corner before he was executed. For the next few days, Mr Ombeta popularised the narrative that Mr Oduor was murdered in cold blood my rogue cops with a personal ill motive.

“Violent crime can never be an excuse for violent policing and the police standing orders are clear that the police can only use lethal force where lives are threatened,” said Irungu Houghton, Amnesty International Kenya executive director, in an interview with Newsplex.

Most crime-related killings were reported in low-income areas of large towns with a high crime incidence, such as Mathare in Nairobi where many families have complained that the police repeatedly carry out extrajudicial killings, disguised as the fight against crime. “There’s a deliberate policy in the police force to kill people considered to be hardcore criminals and the idea that such people are armed and dangerous is something they use as an excuse,” said Mathare MP Anthony Oluoch. The legislator took part in the June 9 demos. “We vote a lot of money to the intelligence and the police force. They have the ability to trace suspects, arrest them and take them to court and ensure that the prosecution is able to put up a strong case so that hardcore criminals don’t end up back in the society,” the lawmaker and lawyer told Newsplex.

Zimbabwe records over 2,500 cases of Sexual Violence amid lockdown