Kenyan Student who returned home from China share his story

Three weeks ago, Benard Muthuri boarded the Ethiopian Airways flight ET318 to Nairobi having no idea of what was awaiting him. In the wee hours of the morning, Mr Muthuri started his journey home from Xi’an city, China.

Eight hours later, with an hour’s layover at Bole International Airport in Addis Ababa, he landed at Jomo Kenyatta International Airport (JKIA) on February 23 at 10.25 am. After a two-month lockdown in his hostel room at Changan University, the mechanical engineer was relieved to finally be home albeit Sh65,546 poorer.

Many Chinese cities have been quarantined following the outbreak of Covid-19. Self-quarantine is increasingly being used across the world to prevent the spread of coronavirus. But being home, yet still isolated, felt like eternity for Mr Muthuri. His mother had bought him enough food to prepare his own meals.

“It was like hell. Some family members wanted to forcibly see me. I remember there’s a day my uncle came home drunk and almost broke into my room, saying he doesn’t fear the virus.

“But my parents kept encouraging and praying for me until Monday when I completed my 14 days of isolation,” Mr Muthuri said.

His seclusion started a day after he left JKIA with his brother. He believes Kenya has insufficient personnel and ways of dealing with the epidemic.

“Therefore, I made a personal decision not to expose anyone to coronavirus,” he said. With three other Kenyan students who were on the same flight, they were required to minimize contact with other people and take precautions like washing their hands regularly, wearing masks, avoiding crowded places and minimizing the use of public transport.

“Before leaving China, we were asked to sign a consent form stating that we were in good health and that our temperatures were normal and had no fever,” he said.

The consent form seen by the Nation requires students to undertake protective measures and isolate themselves for two weeks upon returning to their countries.

“International students from Chang’an University should understand and abide by the following contents,” the consent form reads in part.

When Mr. Muthuri landed, his brother picked him up at the airport. He shared his masks and sanitizers with him to reduce the chances of infection. Towards the end of his self-isolation, the 28-year-old ran out of masks. He relied on phone calls and text messages whenever he needed something.

“There’s a day I had a normal cold, which made me think that I had contracted the virus. So you can imagine my relief when the cold disappeared after two days,” he said.

When a China Southern Airlines flight landed in Nairobi two weeks ago with 239 people, it triggered outrage among Kenyans, compelling the government to state that passengers would be under self-quarantine. 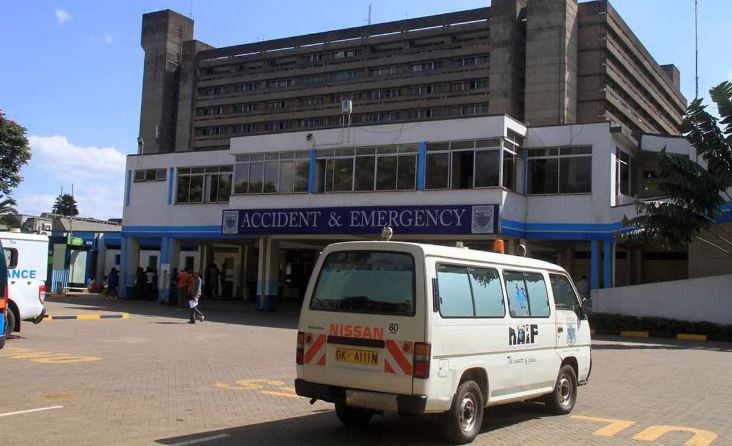 However, Mr. Muthuri said no health official has contacted him to follow-up on his condition. “Apart from my academic supervisor, who is Chinese, no one else has contacted me.”

When he completed his isolation, Mr. Muthuri was eager to meet his immediate family and relatives.

“It felt like I was being released from prison. My family held a thanksgiving party for me to thank God for bringing me back home safely.”

For Mr Muthuri, who had been locked up in his hostel room for about two months before flying back home, 14 days was a small sacrifice.

“I was already used to staying locked up so it wasn’t a strange experience for me.

“The only difference is that I was home.”