Malawi to have an Election Re-run

Malawi goes to the polls tomorrow in a historic presidential re-run after a court overturned last year’s elections and ordered a fresh vote, notes Legalbrief.

Although there are three candidates, the election is effectively a two-horse race between President Peter Mutharika and his main opponent, Lazarus Chakwera.

Citing grave and widespread rigging, the Constitutional Court in February ruled that Mutharika had not been duly elected, and mandated a new poll within 150 days. The landmark verdict made Malawi only the second country south of the Sahara to have presidential poll results set aside, after Kenya in 2017.

A report on the News24 site notes that Mutharika this weekend said ‘we won the election in 2019 but the (opposition) went to court and grabbed the government from us’. The report further notes that he won the disputed 2019 election with just 38.5% of the total ballots cast.

University of Malawi political scientist Henry Chingaipe said Mutharika was unlikely to be re-elected. ‘I think that even Mutharika himself knows this and that is why he has presided over multiple schemes to prevent the holding of the election,’ he said.

‘Malawians want the government to be responsive to their needs, top of which is addressing the perennial challenge of hunger and food shortages,’ said Boniface Dulani, research director at the Institute of Public Opinion and Research (IPOR), which carried out a survey last week. 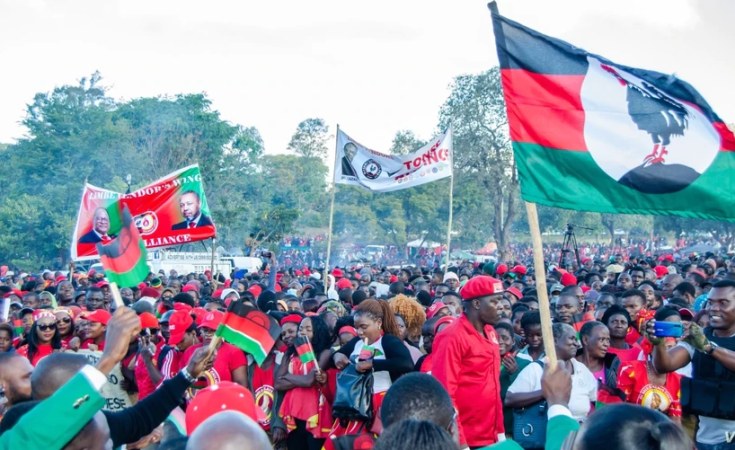 Al Jazeera reports that other issues include better management of the economy, reducing poverty and unemployment, and eliminating corruption. Crucially, the IPOR poll also found that 51% of the 1 346 respondents would vote for the Tonse Alliance in the rerun, against 33% for the DPP/UDF coalition, and 0.2% for the third candidate, Peter Kuwani. Ten percent of respondents said they were undecided. Full Al Jazeera report

Hundreds of Malawian lawyers last week took to the streets of several cities to protest against interference with the judiciary after Mutharika placed the country’s Chief Justice on leave pending retirement as the country gears up for a hotly-contested election rerun ordered by the court. A report on the News24 site notes that protest marches have taken place in the capital, Lilongwe, as well as Blantyre, Zomba and Mzuzu.

As previously reported in Legalbrief Today , Mutharika’s office issued a notice last Friday that required Chief Justice Andrew Nyirenda to take early retirement, 18 months before he was due to leave and two weeks before the country returns to the polls tomorrow. The move was blocked through a High Court injunction following appeals by the Malawi Human Rights Defenders Coalition, the Association of Magistrates, and the Malawi Law Society. Full report on the News24 site

Tomorrow’s rerun, like that of last year, is turning out to be more of a contest between the judiciary and the government than between Mutharika and the opposition.