More than one million feminist rallied for International Women’s Day

According to reports, on Sunday, more than one million women rallied across Chile for women’s rights and against state repression, the rally was raised in awareness of International Women’s Day.

In Santiago, a plaza that has become the city’s ground zero for protests in recent months could not contain the crowd, extending for blocks along significant boulevards. Marches were underway in several cities, with others to follow Sunday evening.

Nearly two million women were expected to participate in marches across the country on Sunday, day one of a two-day feminist strike. The actions are taking place in the context of broader protests against structural inequality that have been rocking the country since October 2019.

High school student demonstrations last year set off nationwide mass protests for systemic change, including the overhaul of education, health and pension systems. Protests have continued despite ongoing police crackdowns that have resulted in thousands of arrests and injuries, including hundreds of eye injuries. 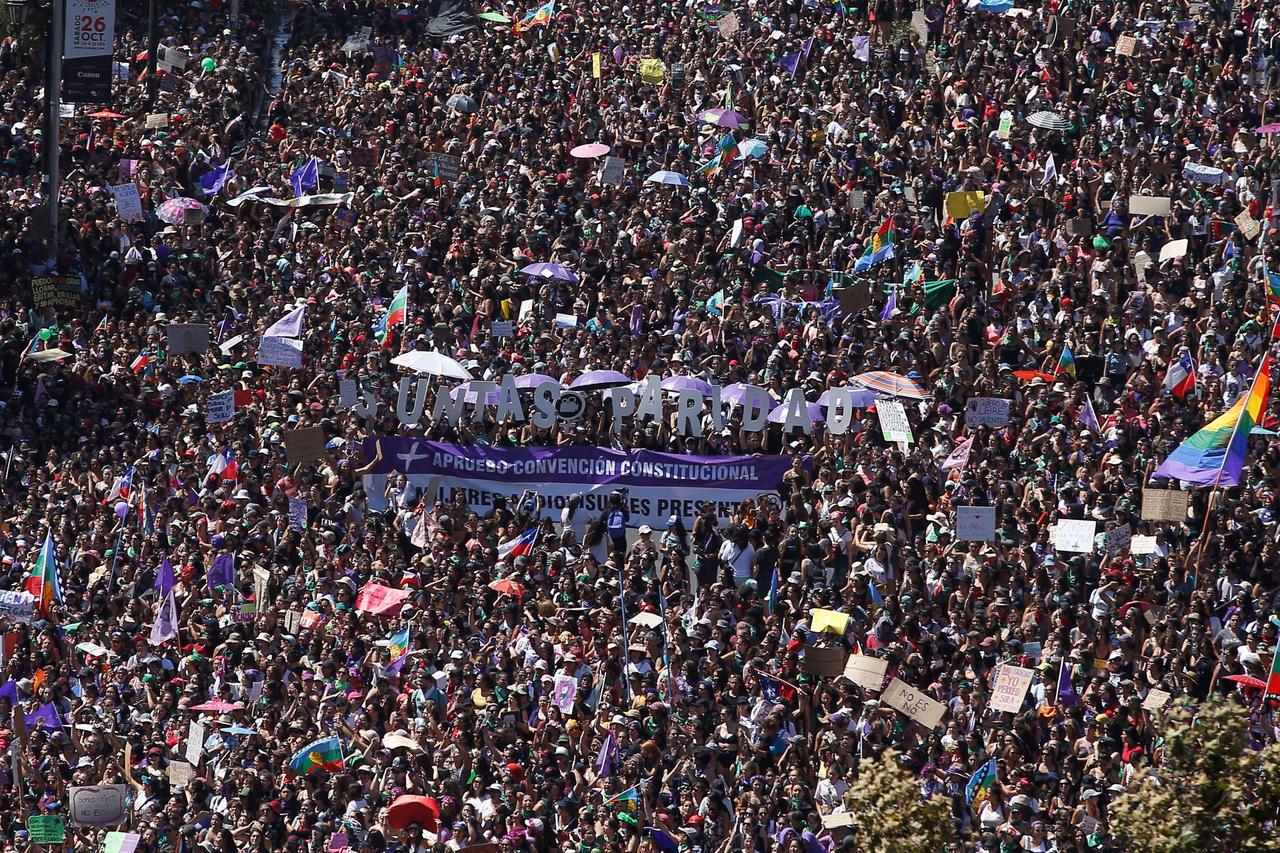 The feminist movement, in recent years, has been an important factor in both broader protests and the massive scope of this year’s International Women’s Day marches, according to Katerine Tapia, a member of Encuentro de Mujeres de Antofagasta, a grassroots feminist coordination space in Antofagasta, a city 1,335km (830 miles) north of Santiago.

“It is important to take a look back before October 18, because we had a year of feminist uprising as of April 2018 and the [International Women’s Day] march last year was one of the biggest in Chile in many years,” she told Al Jazeera.

Across Chile, there will be marches and other protest actions on Monday – when the two-day nationwide feminist strike action is set to continue. Roadblocks and marches will get started early Monday in Antofagasta, as will wildcat strikes in some sectors.

“Even though there was no concrete call from our association at the national level, here in Antofagasta we have united with other unions,” said Patricia Romo, president of the Antofagasta chapter of the National Teachers Association.

Local members of unions representing teachers, assistant teachers, support staff, and school food-service providers at the dozens of public schools in the city have joined forces for the feminist strike.

“We will be striking on Monday,” said Romo.