As National Youth Service Corps (NYSC) prepares for the 2020 Batch ‘A’ Orientation Course, the corps has warn her members with fake credentials to stay off its orientation camps across the country.

Brig.-Gen. Shuaibu Ibrahim, the Director-General of the scheme, gave the warning in a statement signed by Mrs. Adenike Adeyemi, the Director, Press and Public Relations of NYSC in Abuja on Sunday.

Brig.-Gen. Ibrahim said, “anyone caught, especially graduates from universities in West African sub-region with the intent to undermine the integrity of the NYSC mobilization process with fake certificates would be arrested and prosecuted.” He said that the scheme had put a necessary mechanisms in place to curb the enrolment of fake graduates for the orientation course, and would continue working diligently in that direction. 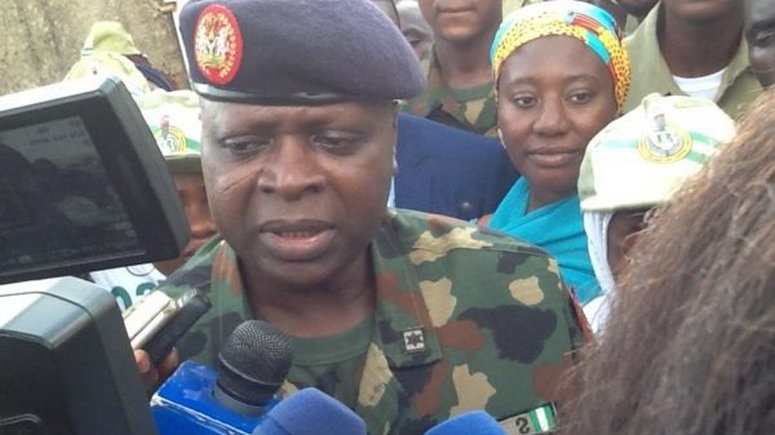 Further, Ibrahim added that the scheme had made tremendous achievements in the fight against unqualified graduates who try to infiltrate the scheme. He noted that during the 2019 Batch ‘C’ online registration, more than 20000 foreign-trained Nigerians uploaded their results online, however, during the physical verification exercise, just 3,420 showed up, having been forewarned that anyone caught with a fake certificate would be prosecuted.

Ibrahim explained that the scheme recently had a meeting with registrars and student affairs officers of some African universities and read the riot act to them, including vice-chancellors, rectors and provosts of corps producing institutions on the need to sanitize the mobilization process. He said “the NYSC alone cannot do it, we need other stakeholders to assist us and we have started the process and l am sure things are getting better.

“I want to appeal to our youths to do the right thing and not to cut corners in whatever they do in life, because there is always reward for hard work.” The director-general appealed to the public not to fall prey to the antics of online scammers who promised preferential deployment, internal posting, relocation, and other services for a fee. He urged them to always visit the scheme’s website and NYSC State Secretariats nationwide to make enquires on issues concerning the service instead of falling victim to the fraudsters.

Ibrahim said, “no corps member will be deployed to any state where there is security breach: corps members should not endanger themselves through risky adventures and unauthorized journeys.” He also charged corps members to be security conscious at all times and advised them to board vehicles from only authorized motor parks and not by the roadside.

He cautioned NYSC members against the temptation of free rides, especially from strangers. Ibrahim said that plans were underway to turn the Skill Acquisition and Entrepreneurship Development (SAED) center in Gombe State into a training institute where youths in the North-Eastern part of the country would be trained on skill acquisition which would, in turn, reduce the level of unemployment among youths in the country.

He appealed to corps members to avoid the wrong use of the social media and any action that may haunt them in the future, but embrace the programme of the scheme, designed to empower them.

The NYSC boss commended the Federal Government on the recent increase of corps members’ allowance which was captured in the 2020 budget of the scheme, with payment effected from January 2020. “Corps members are not civil servants, they are on national service and the commencement date for the payment of the increment of their allowance is January 2020 which the Federal Government has started,” he said.

Investigation and dismissal of SARS over footballer death