In commemoration of this year’s Ramadan, an Ilorin-based non-governmental organisation in Nigeria, Pious Muslim Women has commenced distribution of food items worth millions of Naira to 2,000 indigent Muslims across nine Muslim states in Nigeria under its annual Ramadan Feeding Programme.

The group also congratulated all Nigerian Muslims on this year’s holy month of Ramadan.

The Founder of Pious Muslim Women, Dr. Hamdalat Yusuf, in a statement, described Ramadan as one of Allah’s special favours for humanity and for which humanity can hardly express sufficient appreciation.

According to her, “we members of the Pious Muslim Women therefore enjoin Muslims worldwide to abide by the scripturally prescribed tenets of fasting during Ramadan so we can all reap the benefits”.

Hamdalat added that as part of the group’s appreciation to Allah, it has therefore announced its decision to feed about 2000 Muslims across nine states during this year’s Ramadan fast, pointing out that this year was the sixth in the series since 2014 when the group was established.

Hamdalat said: “Every year, we organize our Ramadan Feeding Programme. It is one of our many programmes aimed at benefiting the vulnerable in the society. Our Ramadan Feeding programme is a succor to widows, orphans and indigent Muslims in our community.

“We cover the major towns of nine states in Nigeria in which most of our members reside. The states are Kwara, Lagos, Osun, Ogun, Oyo, Kaduna, Kano, Niger and Rivers States. 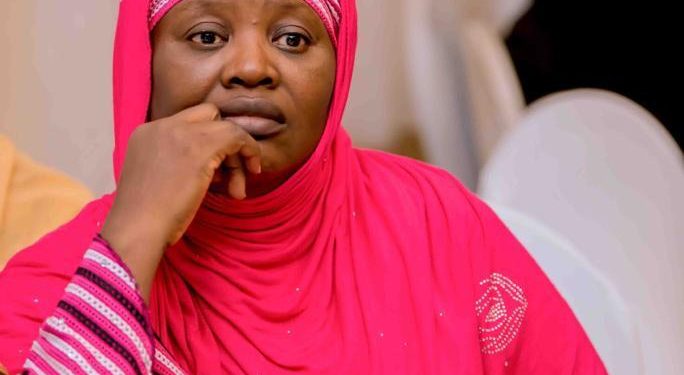 “Our usual practice is to give raw food stuff such as rice, beans, garri, wheat, semovita and groundnut oil, amongst others. However, because of the COVID-19 pandemic, this year, we decided to give a sum of N5,000 to each of our beneficiaries.

“The target is to feed about 2,000 people across these states. The distribution is as follows:

She stated that Northern states of Kaduna, Kano and Niger which would account for the balance of N850,000 would be done in due course.

Hamdalat explained that the distribution of the Ramadan food support to indigent Muslims began on Wednesday April 22, 2020, noting that “this year’s feeding exercise will gulp about N10 million to feed 2,000 people.”

She added that Pious Muslim Women generates the bulk of its funds from the contributions of members not only in several states of Nigeria but also in countries like Canada, UK, South Africa, Ghana, Dubai, etc.

The founder stressed that the organisation, whose activities are mostly online, was founded primarily to improve on the spiritual development of its members, adding that it has expanded its focus to accommodate welfare of the indigent ones especially the vulnerable in the society.

Some of its programmes according to her, include youth empowerment through the free training of youths at its fashion training institute; and providing support for entrepreneurial efforts of no fewer than 50 widows every year; scholarship grants to about 20 orphans at the three levels of education as well as ownership and maintenance of an orphanage where it takes full responsibility for 10 orphans from age infancy to age ten.