Once again, the world was treated to another ugly incident involving an American law enforcement officer literarily snuffing the life out of an African American under his custody.

The captured image of a white police officer in the American city of Minneapolis, Derek Chauvin bearing down on a prostrate African American, George Lloyd, with the officer’s knees pressing hard on his throat and choking him to his eventual death is one incident too many in what has become a disturbingly routine procedure in American law enforcement, especially where people of colour are involved.

Not surprising, this latest incident has fired the indignation of not just Americans across the country’s racial and social divides, but the world over. As expected, demonstrators in their thousands have taken to the streets of many American cities to express their condemnation, not just of underhand tactics of American law enforcement officers where and when it concerns American racial minorities, but more fundamentally on the entrenched and undisguised institutionalised racism in American life. In tandem with that, demonstrations have also taken place in countries around the world, including Nigeria, calling on the government of the United States of America, as the acclaimed bastion of democracy and human rights, to spruce up its racialist records.

It did not help that the one person who should speak to a deeply wounded country straining in the aftermath of such a demoralising experience, in compassionate and reconciliatory terms, President Donald Trump, chose to do the opposite. 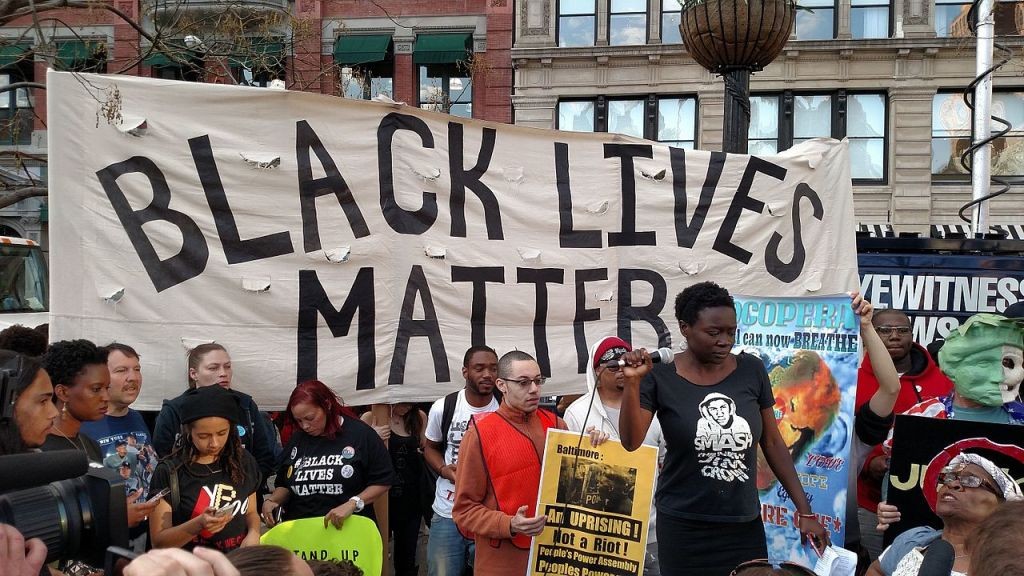 Where the majority of Americans and the world expected President Trump as happened under his predecessors, to offer words of hope and unity in the face of such an existential challenge to the time-honoured ethos of the American way of life, he instead chose to be divisive and pander to the interest of a minority of Americans who believe in the supremacy of one group of Americans over the other.

“When the looting starts, the shooting starts”, these were President Trump’s cryptic but unhelpful remarks in justification of his decision to call out some units of the National Guard and the regular US Army. This was ostensibly to prevent looting of shops and businesses, but actually to stop legitimate demonstrators from trooping out to register their dissatisfaction at the general inequalities in the American system which fosters the kind of incidents that happen between law enforcement officers and racial minorities in America.

The takeaway from all this is that America has got to come to terms with its racial inequality. It is incongruous that for centuries, African Americans and other racial minorities in America still have to grapple with their relevance in a country which they as much as anyone else helped to build.

Of course, there have been attempts over the years to tackle the issue, but the fact that it persists indicates that there has been no sense of conviction behind it.

It is time for America to approach the issue of racial discrimination with all the honest conviction it deserves. In doing so, America must come to terms with its racist past, especially with regards to the horrendous treatment of African Americans, which to this day, some parts of America have neither acknowledged nor offered genuine remorse.

Indeed, it is unfortunate to observe that the repudiation of the treatment of African Americans has even developed into a revisionist political tendency in the mainstream American political system. Sadly, this is what some American politicians, led by President Trump, latched on to ride to power.

Part of the reason that the world admires America derives from its diversity and exceptionalism. But America cannot continue to enjoy the world’s confidence if it is seen to be at odds with some of the racial groups that form part of it.

By the same token, America cannot also continue to claim to be the world’s champion of democracy and human rights when it is seen to be denying its own citizens these same basic inalienable rights as enshrined in its constitution.