Once again, incidents of rape are in the news. We are being reminded that our portion of this terrible human scourge needs firmer responses. The voices this time are a bit louder, perhaps due to a few recent cases that grabbed both mainstream and social media owing to their particularly shocking nature. Gang-raped and murdered women. Children gang-raped. Infants and octogenarians raped. Social media in particular uses these recent cases as windows to much larger numbers and varieties of assaults and rapes that leave you numb. Police is now short of success stories elsewhere, so they now push rape cases, including incest, for media coverage. On the whole, there is a genuine rising tide of indignation and a demand for more to be done.

Hopefully, the uproar this time will not just die off, although you do have to wonder what else can be done. There is no shortage of suggestions here, from legalizing castration of convicted rapists to making rape an offence punishable by death. Everything else between these options and doing nothing more is being demanded again. It is also likely that some rapists may lose some little more space. Prosecution of current suspects may be more diligent. More victims may speak up to encourage others to open up. Society may be forced to be less tolerant of this horrible assault on the dignity and value of another human.

Sadly, it looks like we have not moved much in debating the way forward, or at least a few steps beyond periodic outrage when we are aroused to do more than experience private pain. Three years ago, two of my teenage daughters were deeply engrossed in social media discussions on a number of widely-reported cases of a number of rapes and a murder and rape. The dominant strand of the debate bore all the hallmarks of standard, western positions on perceptions and blame-laying. This is basically a position that drowns arguments that the physical appearance and conduct of some women must not even be hinted at as a factor in rape, unless those who do so seek to blame the victim and justify rape. The standard arguments here is that women have a right to dress in any manner they choose without fear of being raped; there are women raped who are ‘appropriately’ dressed; and there is no evidence that there is a correlation between mode of dressing and rape.

It was very difficult convincing my young ladies that dressing in a respectable manner, defined here as covering the body in a manner that does not encourage a man to be tempted beyond casual admiration and curiosity, provides a layer of protection, after their exposure to bombardments with the argument that no one should raise the issue of the woman’s mode of dressing. In the end, I had to fall back on our faith which imposes a dress code and appropriate behaviour in relations on both sexes, but I felt that we constantly lose the opportunity to raise basic cultural issues that speak to our own interests rather than pander to positions that give females the confidence that their legal rights not to be raped is enough cover and protection. 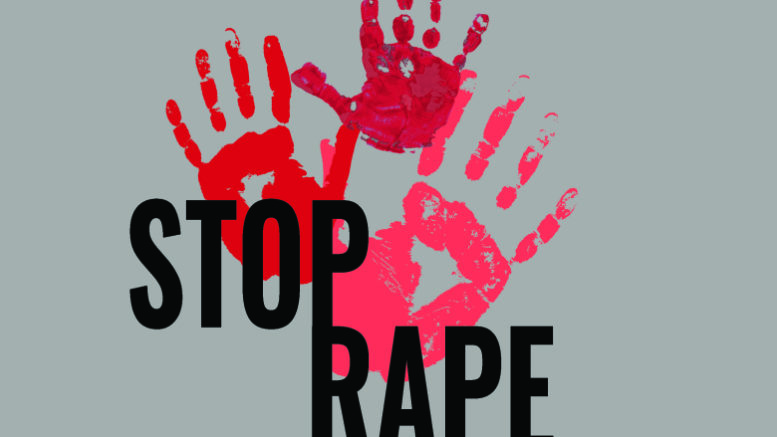 There can be no excuse for rape, and no one should encourage the idea that raped women invite rape. No one, nonetheless, should assume the right to limit debate and impose values and systems that sound good to feminists and men who want to sound good to women. Those who drown our voices when we insist on examining additional steps that should reduce this scourge, do great injury to everyone’s duty to contribute to the debate over rape. Parents who will not let daughters leave home inappropriately dressed should not be enlisted into the ranks of the dress-does-matter-brigade. Parents have a responsibility to bring up girls who are aware of dangers from predators and men who have many motives for rape. Self-respect, sensitivity to pervasive dangers and responsible conduct must be taught to girls from very early age. Growing up and enjoying some level of independence do not make these requirements less demanding.

Our education system must include curriculum that focuses on human rights and dignity. Girls and boys raped, molested or threatened should be encouraged to speak up and report. The stigma of reporting rape has many tragic consequences, some of which include severe damage to self confidence and esteem and mental health, failure to have stable and respectable relations, including difficulties in finding husbands, generating hostility from people who insist it should all be covered up or forgiven, and a scathing impression that the victim is to blame for causing so much trouble. We have to find ways that expose this evil and lighten the burden on victims. For people that makes a big issue over religion, our clergy has let us down very badly on the issue of rape. In many instances that I know, the clergy leads the charge for forgiveness of the perpetrator instead of leading the campaign to expose and punish rapists.

In this current round of indignation and outrage, the loudest voices are heard around stiffening penalties and fining perpetrators. This is very important. Equally important, however, is the need to take longer-term steps and begin to address systemic and cultural issues that will improve the safety and dignity of women and boys. Civil society organisations like to create the impression that they have exclusive jurisdiction over very sensitive social issues. Our social media in particular has a damaging bend on this matter that shepherds everyone into certain narrow narratives.

On the matter of rape, a few of us must not be allowed to think they alone should set the boundaries of the debate and action. All of us must be made to imagine that any one of the recent victims of rape or rape and murder are our daughters or sisters. Our anger and indignation should be given voices, and we should be heard when we set our sights beyond the current manifestation of this problem and the solutions to it.