A group of women, under the auspices of Stand-up for Women Society (SWS), has called on President Muhammadu Buhari to declare a state of emergency on rape and gender violence in the country.

The women, who took to the streets of Lagos last Thursday in a march against rape, urged President Buhari to promulgate a law that would ensure perpetrators of rape were apprehended and brought to justice.

The National President of the group, Mrs Deborah Ijadele-Adetona, argued that the current laws on rape in Nigeria did not provide sufficient punishment for offenders.

According to Ijadele-Adetona, “the best way to deter anyone from engaging in such a distasteful practice is for perpetrators to be aware that they could forfeit their lives in the process, hence the call for death penalty against rapists.”

She also called for a legislation to compensate every victim of rape, urging government to take responsibility for victim’s education and welfare “as they become victims of a failed society and government.” 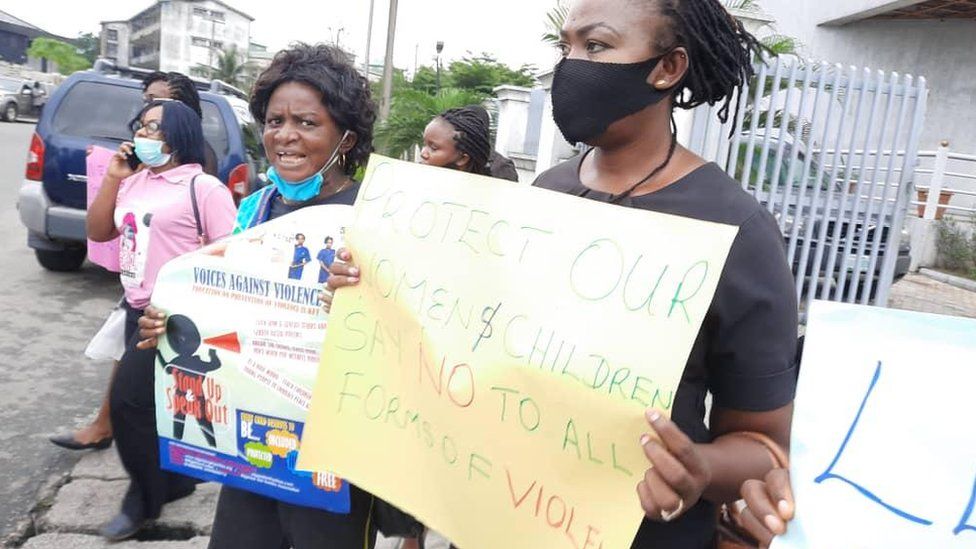 She said, “This is important and urgent because some of the victims get pregnant from defilement and are subjected to untold hardship. We have lost a few of them due to neglect and abandonment by their families for fear of stigma.

She urged parents to teach their children sex education at home, teach them to dress decently and to avoid moving at night. She also stressed the need for children, particularly girls, to be taught defence mechanisms that can be helpful to them. The group called for a change of societal attitude towards the girl-child and women, with an advice for inclusion of sex education in the school curriculum.

“We must break the conspiracy of silence and stop stigmatizing victims of rape,” Ijadele-Adetona declared.

Darnella Frazier, the Young Woman Who Documented George Floyd’s Murder, to be Honored…