President John Magufuli, Tanzanian president has declared a three-day national prayers period to help combat the novel coronavirus as the reported cases in the country rose to 94.

“Fellow Tanzanians, due to the pandemic, I urge to use these three days, from April 17 to Apri 19, to pray for God’s protection and healing,” the President tweeted on Thursday evening.

President Magufuli asked every faithful to pray for the country to overcome Covid-19 pandemic that has infected more than two million people globally. Tanzania has not imposed any restrictions on movement or closed its borders but it suspended social gatherings and ordered education institutions shut. But places or worship remain open. 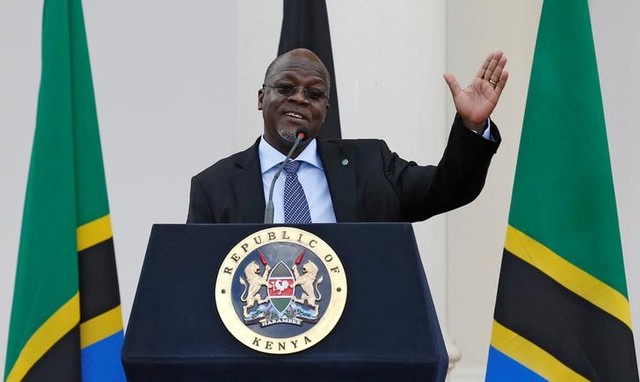 The country’s coronavirus toll on Thursday jumped to 94 after six people tested positive.

Health Minister Ummy Mwalimu said the cases were reported in the commercial capital Dar es Salaam, Mwanza City on the shores of Lake Victoria, and northern Kilimanjaro. Four patients have died from the virus since the country reported its first case on March 16.

Eleven others have recovered while 1,191 contacts are being followed up, according to the Health ministry. Covid-19, first reported in Wuhan, China, in December, has killed at least 144,515 people worldwide, with at least 2,166,832 infections.

Some 546,269 people have recovered globally, according to Worldometer’s count on Thursday.