The Impact of lock down on locally employed women in Zimbabwe

The light in the room is faint as Selina Maruseni (39) of Knowe, in Norton, prepares dinner comprising dried vegetables and the staple sadza for her husband and three children.

The family stays in a two-roomed cabin and guard a property under construction in exchange for free accommodation.

To survive, Selina sells used cooking oil and green leafy vegetables from an area known as paSpeed in Katanga, Norton. Before the Covid-19 pandemic, she pocketed up to $100 on a good day. Her husband also sold fish at paSpeed and their incomes combined, the couple could feed the family.

Just like the faint light in her room, Selina’s hopes of recovering economically are also dim with each day, especially as more Covid-19 positive cases are being announced.

“Covid-19 has dis-empowered me,” she says. “I am not making a single cent since the lockdown. I hope that life gets back to normal after May 3 as another extension would further cripple my family.”

Another Knowe resident, Mai Marvellous, is a tailor and specialises in altering clothes and also sewing school uniforms in Harare’s central business district. Before Covid-19, she would make a decent living as customers flocked to her.

“It is now tough,” says Mai Marvellous. “You just have to pray that this disease goes away soon. I have no income as a result of the national lockdown. The little money I had saved is finished.”

Alice (25), is a hairdresser who operates from a salon in Harare’s Central Business District

In normal times, she makes enough money for her family’s upkeep. But with Covid-19, all clients are in lockdown, so is her income.

“I just don’t know how we will get off our feet after Covid-19,” says Alice. “The owner of the salon even asked us to pay rentals during the lockdown.”

Many other Zimbabwean women have been incapacitated by Covid-19. It has torn their economic fabric, leaving them exposed.

Tag a Life International (TaLI) director Nyaradzo Mashayamombe says during the lockdown, many young women have the burden of ensuring there is food on the table as some men can easily not take responsibility.

The young women, she reveals, are also locked into the burden of unpaid care, looking after the family’s day to day needs, including the care that sickness such as Covid-19 brings.

She proposes there should be provision of social security in meaningful cash transfers in times when women cannot fend for themselves or carry out their informal trading.

“We need women and girls and all vulnerable groups in our society to receive food and subsistence aid during this time, but we also need women to be catered for in terms of seed money once the lockdown is over,” says Mashayamombe.

In her work at TaLI, she explains, they have seen some of the young mothers they work with calling for help in terms of how they will feed their families.

“Some of them are going through the unfortunate phase of abuse, with husbands not lifting a finger to fend for the family,” she says.

Many females globally are hard pressed by the negative economic impact caused by Covid-19.

A report “Policy Brief: The Impact of Covid-19 on Women” released by the United Nations last week confirms how the impact of Covid-19 across the global economy will be profound, especially for women.

According to the report, emerging evidence on the impact of Covid-19 suggests that women’s economic and productive lives will be affected disproportionately and differently from men. This is because across the globe, women earn less, save less, hold less secure jobs and are more likely to be employed in the informal sector.

Women also have less access to social protections and are the majority of single-parent households.

“Their capacity to absorb economic shocks is therefore less than that of men,” the report points out.

It further highlights how as women take on greater care demands at home, their jobs will also be disproportionately affected by cuts and lay-offs.

“Such impacts risk rolling back the already fragile gains made in female labour force participation, limiting women’s ability to support themselves and their families, especially for female-headed households,” the report states.

Making the situation worse in developing economies is that the vast majority of women’s employment – 70 percent – is in the informal economy, with few protections against dismissal or for paid sick leave and limited access to social protection.

To earn a living, these workers often depend on public space and social interactions, which are now being restricted to contain the spread of the pandemic.

The report makes a striking observation on how the Ebola virus is evidence that quarantines can significantly reduce women’s economic and livelihood activities, increasing poverty rates, and exacerbating food insecurity.

For example, the report cites Liberia where approximately 85 percent of daily market traders are women. 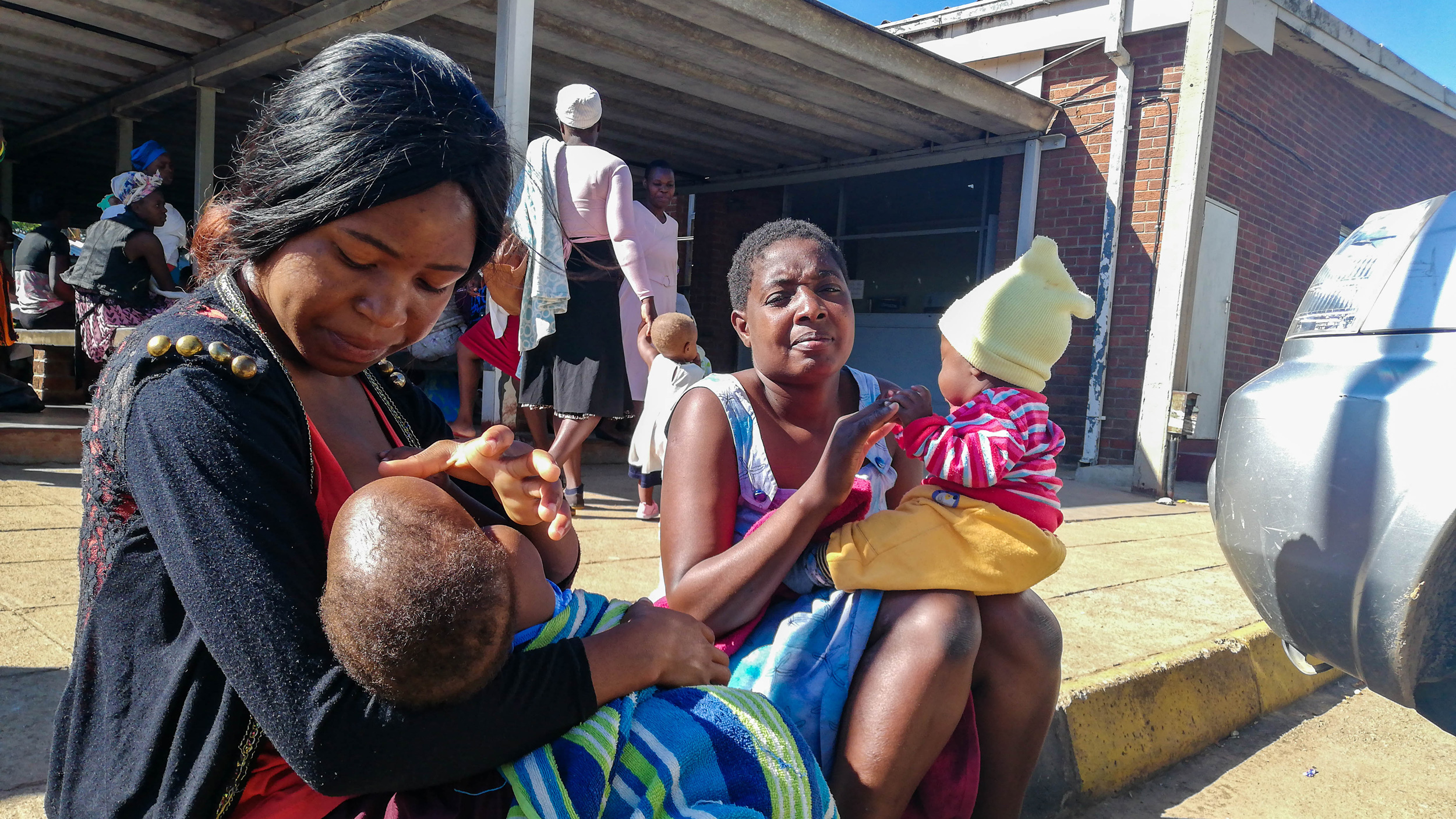 As of March 31, 105 countries had passed fiscal response packages equivalent to a total of US$4,8 trillion. A total of 106 countries had introduced or adapted social protection and jobs programmes in response to Covid-19 by April 3, according to the report.

Within these packages, social assistance (non-contributory transfers) is the most widely used tool, followed by social insurance and supply-side labour market interventions.

The report further highlights the importance for these interventions to incorporate sex disaggregated data, a gender lens and specific targeting of women.

“For example, cash-transfer programmes are the most widely used social assistance intervention,” reads the report.

“Sectors where women are a large proportion of workers, and where supply chains have been disrupted, should have adequate access to credit, loans, grants so they can retain the female work force.

“Similarly, disbursement procedures need to take into account women and girls’ care obligations and possible informal status in their employment to make benefits accessible to them.”

Beyond this, the policy brief further elaborates the whole range of economic policies – for both immediate response and long-term recovery – that need to be designed and implemented with a gender lens.

This, it suggests, includes removal of barriers that prevent full involvement of women in economic activities, equal pay and equal opportunities, social protection schemes that factor in existing biases, financing for women entrepreneurs and mechanisms to promote women’s self-employment.

Such economic responses would include both the public and private spheres.

It points out that current social protection systems are not wide enough.

“Access to benefits such as health insurance, paid sick and maternity leave, pensions and unemployment benefits need to reach beyond formal employment and be accessible to women in all spheres of work.”

The report recommends that national response plans put cash in women’s hands – if a country has an existing programme in place that can directly place money in the hands of women, such as conditional cash transfer programmes using mobile banking, those programmes should be expanded.

It also suggests the introduction of measures that can either be implemented with low transaction costs (such as temporarily eliminating electricity bills for poor consumers).

There is also need to extend basic social protection to informal workers and introduce measures to alleviate the tax burden on women-owned businesses.

International organisations like the Bill and Melinda Gates Foundation have availed more than $250 million to support development of diagnostics, therapeutics, and vaccines; help strengthen African and South Asian health systems; and help mitigate the social and economic impacts of the virus.

In a teleconference with African journalists last week, including The Herald, the Foundation’s Chief Executive Officer Mark Suzman said they will provide non-medical funding to help low to middle income countries strengthen social and economic support for people who are living in extreme poverty or who are at risk of falling back into extreme poverty due to the Covid-19 pandemic.

“That’s when we talk of this socio-economic crisis,” he said. “The IMF meetings are taking place virtually this week (last week) with the special envoys from Africa who are thinking specifically about the impact on the continent.

“There is no question that we are moving into the biggest economic crisis since the 1930s saw the Great Depression. That will have a big impact on Africa and all other countries, cutting government revenues in critical areas like education and health, and leading to job losses.”

Suzman said they were working so that debt payments will be suspended and is cautiously optimistic.

“Many African countries do not have the kind of stimulus to re-purpose resource like other countries such as the US do,” he said. “And how do you take care of the poorest? There are options being developed like micro payments to help mitigate this but there is no current solution. This is going to be a very tough period.”