WHO worries over outbreak of Corona virus in Africa

The World Health Organisation has express fear over the outbreak of coronavirus (COVID-19) in Africa if cases start to be revealed due to the ill-equipped medical system even as it pledged to support African countries on joint preparedness and response strategy.

According to Dr. Tedros Adhanom, Director-General of  WHO,  during the meeting of African Health Ministers Emergency convened by the African Union Commission at the AU headquarters in Addis Ababa, Ethiopia, who spoke of the virus’s increasing global spread and the need for Africa to prepare for possible cases.

“Our biggest concern continues to be the potential for COVID-19 to spread in countries with weaker health systems. We have to take advantage of the window of opportunity we have, to attack the virus outbreak with a sense of urgency,”

Tedros who spoke by video from Geneva, noted. “If COVID-19 starts to spread on the continent, African health systems will struggle to treat patients suffering from symptoms such as respiratory failure, septic shock, and multi-organ failure. “These patients require intensive care using equipment such as respiratory support machines that are, as you know, in short supply in many African countries and that’s a cause for concern,” Tedros said. There has been one confirmed case in Africa so far, but health officials have warned that the spread could be deadly in countries with already-strained health systems. 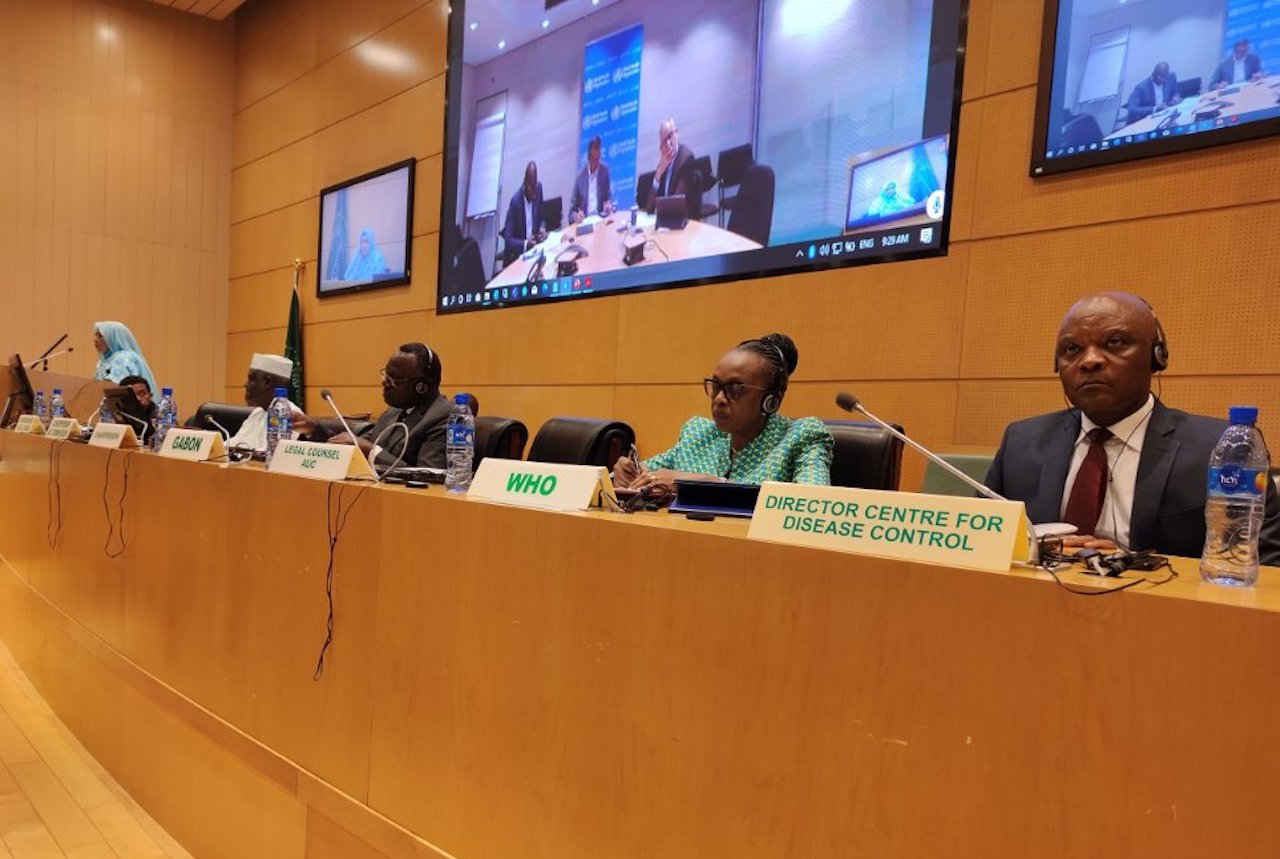 There have been more than 200 suspected cases in the WHO’s AFRO region, though nearly all have been confirmed negative. WHO conducted a survey with countries to assess their overall readiness for COVID-19 and found the regional readiness level was an estimated 66 percent.

The WHO Africa Regional Director, Dr. Matshidiso Moeti said in the past three weeks, the number of African countries capable of conducting tests for COVID-19 jumped from two to 26, but WHO finds critical gaps in readiness for countries across the continent. “We need urgently to prioritize strengthening the capacities for countries to investigate alerts, treat patients in isolation facilities and improve infection, prevention and control in health facilities and in communities.

“The threats posed by COVID-19 has cast a spotlight on the shortcomings in health systems in the African Region. Countries must invest in emergency preparedness. This investment is worthwhile when you consider the cost of responding to outbreaks, which for the 2014 Ebola outbreak was estimated at close to $US 3 billion.

Nigeria has three certified laboratories with the capacity to test for COVID-19. They are the NCDC Reference Lab in the FCT, Abuja; the Virology Lab at the Lagos University Teaching Hospital, LUTH, and the Irrua Specialist Hospital, Irrua, in Edo State.

In the view of the AU Commission Chairman, Moussa Faki Mahamat, “African nations should take drastic preventive and control measures. Our dear continent, Africa, is particularly at risk, given its relatively fragile health systems,” he said. At the end of the meeting, the African Ministers of Health agreed to prepare and potentially respond to COVID-19 through close collaboration between WHO and the Africa Centres for Disease Control.

They agreed to enhance surveillance at ports of entry, ensure effective communication on COVID-19, empowering the public, develop and finance costed strategic plans for national preparedness and collaborate with partners, including the private sector.

The Ministers also agreed to harness regional resources and stockpile critical medical supplies, including laboratory materials and personal protective equipment and conduct cross-border responses.
The Federal Government has released N386 million to strengthen preparedness for COVID-19 in the country. According to the Permanent Secretary of the Federal Ministry of Health, Mr. Abdulaziz Mashi Abdulaziz: “While the first batch of N71 million was released at the end of January to facilitate activities of the Port Health Services department of the Ministry, the second batch was released after the Minister of Health, Dr. Osagie Ehanire, said the government had budgeted N620 million to curtail the virus from entering Nigeria when he appeared before the Senate Committee on Health. “The Nigeria Centre for Disease Control, NCDC, was also given N315 million directly. Other requests are in the pipeline and yet to be released,” he said.