The World Bank is expected to decide within a few weeks whether or not to grant Tanzania a controversial $500-million education loan, which human rights activists have challenged because the government has been kicking pregnant girls out of school.

According to the opposition, MP Zitto Kabwe who claimed to have received death threats for opposing the World Bank loan because the government is expelling pregnant girls from schools.

Opposition activists have stalled the loan for almost two years and member of parliament (MP), Zitto Kabwe has received several death threats – including from a government MP – for urging the World Bank not to approve the loan until it allows pregnant girls to continue attending school – and also permits free politics.

Kabwe, leader of the Alliance for Change and Transparency (ACT) party, disclosed that he will not allow the death threats to deter him from his work. The speaker of parliament helped spark the threats against Kabwe by characterizing his appeal to the World Bank as treasonous.

The World Bank has said that its board had still not decided whether to proceed with the loan and that no meeting of the board had been scheduled to discuss it. However, on 6 March 2020, Kabwe told reporters on the sidelines of The Gathering that he believed that the bank would make the decision within a few weeks.

And lobbying by both sides was intensifying to try to influence the World Bank’s decision, he indicated. He said he believed Tanzania’s foreign minister Palamagamba Kabudi would be visiting Washington to meet the bank and the bank’s vice president for Africa, Hafez Ghanem, would be visiting Tanzania to discuss the loan.

Kabwe said that he and other opposition members and activists were demanding that the granting of the loan should be conditional on the Tanzanian government guaranteeing that pregnant girls would be allowed to continue attending school. He seemed confident this would happen.

After originally suspending the loan in 2018 under activist pressure, the bank recently again postponed a decision on granting the loan, apparently in response to a letter from Kabwe asking it to do so.

And in his letter of 22 January 2020, Kabwe also asked the World Bank to widen its conditions for granting the loan beyond allowing pregnant girls to remain in school. “I am asking that you suspend lending to this government until basic checks and balances are restored in Tanzania,” he wrote. “These checks and balances include a free press, freedom of assembly, free and fair elections, and the reinstatement of the Comptroller and Auditor General.”

These wider conditions are a response to rising political repression in Tanzania under President John Magufuli who has been increasingly cracking down on political opponents, civil society critics, and journalists. Kabwe noted that “one of the few remaining constitutional checks on government – the Comptroller and Auditor General – was unconstitutionally dismissed in November 2019, further jeopardizing the proper use of our taxpayer dollars and the [World] Bank’s investment.”

In his letter, Kabwe argued against the World Bank granting the education loan because he said its approval of a previous loan for the Productive Social Safety Net Project in Tanzania in September 2019 had only emboldened the government and the situation of democracy had only worsened.

Journalist Erick Kabendera was still languishing in jail, opposition political parties were not allowed to organize through public rallies and the Zanzibar elections had been hugely undermined, he said. (Kabendera has since been released after reaching a plea bargain with the Tanzanian authorities – Ed)

And he said the government had prevented more than 400,000 candidates from competing for public office in those elections, “because they were insufficiently aligned with the current government”.

In the end, nearly all opposition parties had boycotted the election, leading to 99.6% of contested seats being won by the ruling Chama Cha Mapinduzi (CCM) party.

Without checks and balances in place, the proposed $500-million World Bank loan for a Secondary Education Quality Improvement Project, “will be used by the ruling party to distort our electoral process,” Kabwe wrote.

On 17 March 2020, Kabwe is to stand trial on what he calls “trumped-up” sedition charges, arising out of a statement he had made in October 2018 claiming that about 100 herders had been killed in clashes with security forces over a land dispute in his home province of Kigoma in western Tanzania. The charge against him alleges his statement was designed to “create chaos”.

Kabwe said he was one of 24 opposition MPs facing similar charges for criticizing the government, suggesting the charges were merely designed to harass the opposition. 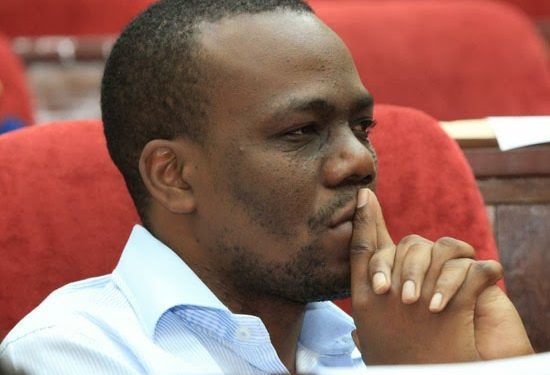 Since the World Bank first withheld the education loan in 2018, the Tanzanian government had tried to set out a different path for pregnant schoolgirls by offering them segregated schools, he said. But this was still discrimination and the World Bank should only fund equal access to education, he believed.

The BBC reported that in parliament on 6 March 2020, Speaker Job Ndugai called Kabwe’s letter to the World Bank “treasonous” while Abdallah Bulembo, from the ruling CCM, called for Kabwe’s death:

“There is one man who took our issues outside the country, he should not be allowed back, but should be killed where he is. Treason! What Mr Zitto Kabwe has been doing is treason in our country,” Bulembo was reported as saying.

Kabwe’s response was that if Tanzania had now reached the point where MPs were failing to use their persuasive powers and instead were issuing death threats, “then politics in Tanzania is dead. Why don’t they write to the World Bank and offer alternative arguments?” he asked.

He previously told The Economist:

“What Africa needs is strong institutions, not strong men or women.”

Kabwe told Daily Maverick’s The Gathering on 6 March 2020 that citizens need to be educated “that being in opposition is not being against the country, but providing a credible alternative”.

“I think it’s so important now for the political class in South Africa to be able to stand up against the parties that supported the liberation struggle,” he said.

“It is so hard to have an ANC politician go and speak to another party that’s been in the liberation movement because of comradeship and the like,” he added, calling on South African leaders to support the people rather than the parties that supported them in the struggle for democracy.

He appeared to be referring to the “Former Liberation Movements” (FLM), a forum of six governing parties in Southern African that regularly meets to discuss common concerns. At one of its meetings in Zimbabwe in 2017, it charged that Western governments were using opposition parties in the region as fronts for their campaign to seize control of its natural resources. The members of the FLM are Tanzania’s CCM, South Africa’s ANC, Zimbabwe’s Zanu PF, Mozambique’s Frelimo, Angola’s MPLA and Namibia’s Swapo. DM

WHO raises campaign in Mozambican Schools on coronavirus